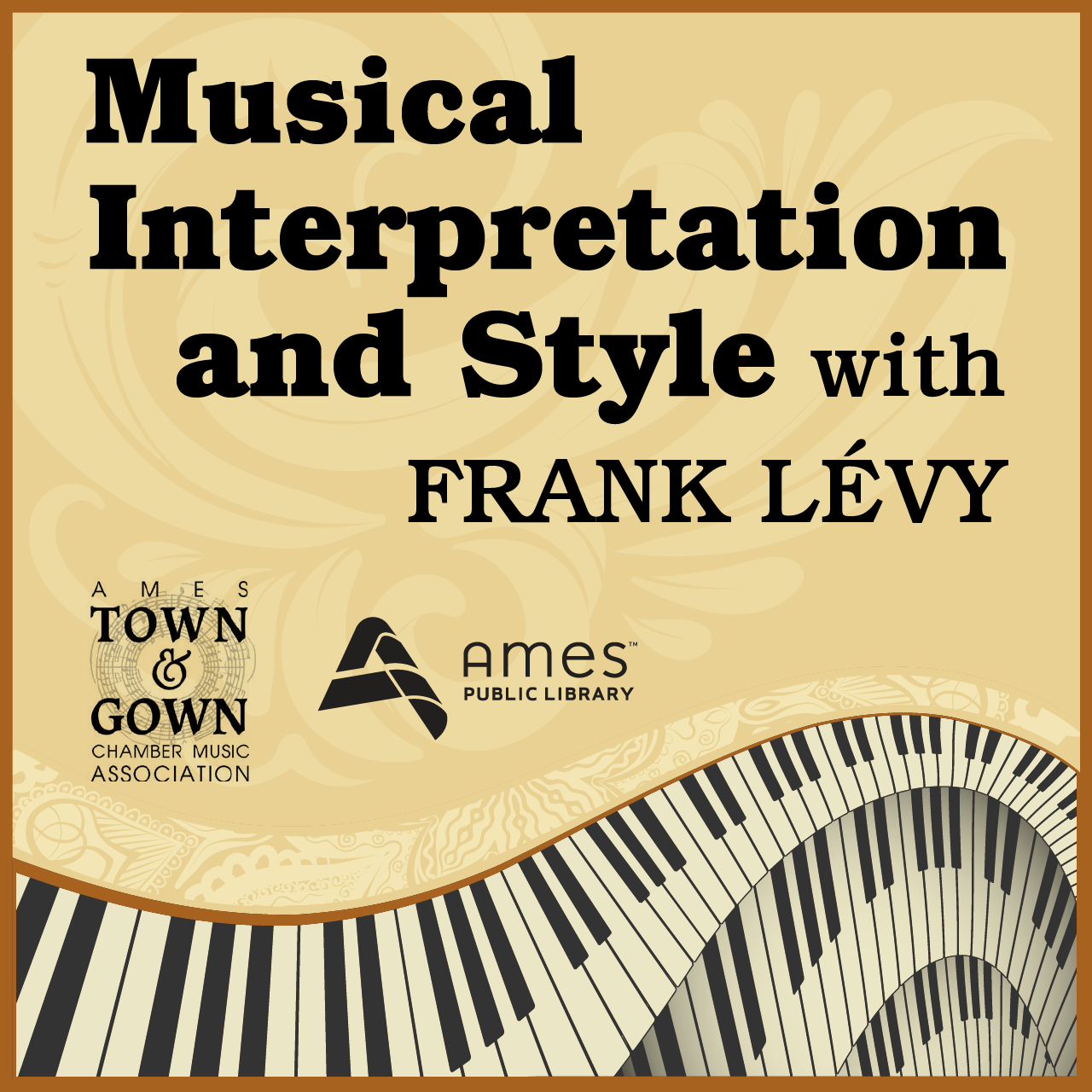 Adults
Please note you are looking at an event that has already happened.

Musical Interpretation and Style: An invitation to time travel together, as we reconsider our concepts of musical style, aesthetics, and interpretation

Join us for a lecture presentation with concert pianist Frank Lévy. A very engaging speaker, Mr. Lévy will discuss the development of musical interpretation by performing artists. He will also perform a solo recital on Thursday evening, November 4, as part of the Ames Town & Gown Chamber Music Association series. For more information about his recital visit http://www.amestownandgown.org/.

As a performer, Frank Lévy's poetic insight and communicative powers have taken him to venues throughout the world, such as as Avery Fisher Hall in New York, Queen Elizabeth Hall in London, and major festivals including Marlboro and Mostly Mozart. His recordings include the complete piano works of Schubert and Brahms for the Canadian label, Palexa, about which a Classics Today reviewer wrote "Frank Lévy is a Brahms pianist to the manner born…" Other reviews from the international press have described Mr. Levy’s playing as " impeccable but never self-conscious", with an "inexpressibly poetic quality" and "the purest control of sound."

Mr. Lévy grew up in Switzerland and earned several degrees at the Geneva Conservatory before moving to the United States where he received the prestigious Artist Diploma under Leon Fleisher at the Peabody Conservatory in Baltimore. Currently Professor of Piano at San Jose State University School of Music and Dance,  Mr. Lévy previously taught at the Juilliard School Pre-College Division, and in the doctoral program at City of New York Graduate Center (2008-2012). He has served as Artist/Teacher at the International Keyboard Institute and Festival in New York City, the Schlern International Music Festival in Italy, and the Beijing International Music Festival and Academy, among others.