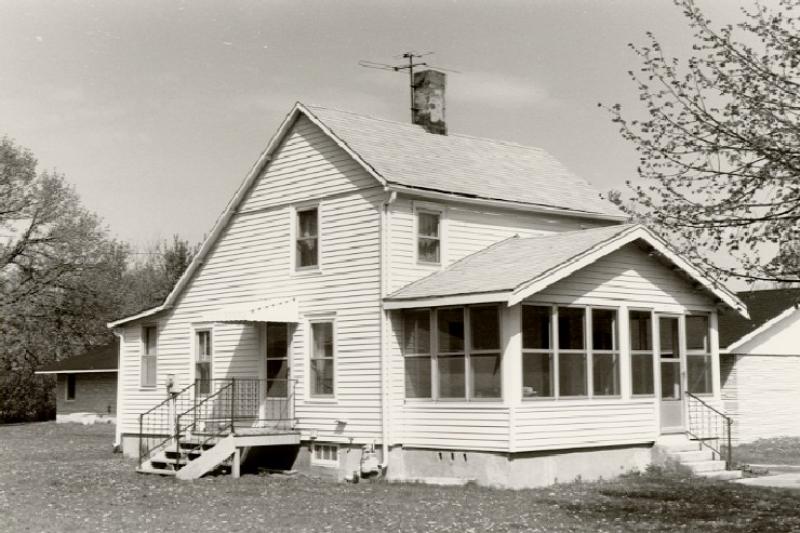 Photo of the first European-style residence in Ames. Built in 1864-1865 by Noah Webster on what is now the northeast corner of Fifth Street and Douglas Avenue (site of the Adams Funeral Home [2000]). The house was first moved to Duff Avenue. In 1909, it was moved to 717 Crawford Avenue where it remains [2000]. Porches on the front and back have been enlarged since its early days. A marker at its original site commemorates the first house in Ames. (Photo taken in the 1980s by Farwell T. Brown)
Citation: 81.425.2
Year: 1864
Categories: Houses, Places/Buildings, People
Tags: HOUSE, WEBSTER (NOAH), DOUGLAS AVENUE, CRAWFORD AVENUE, WEBSTER, NOAH, FIFTH STREET
< Back to Search