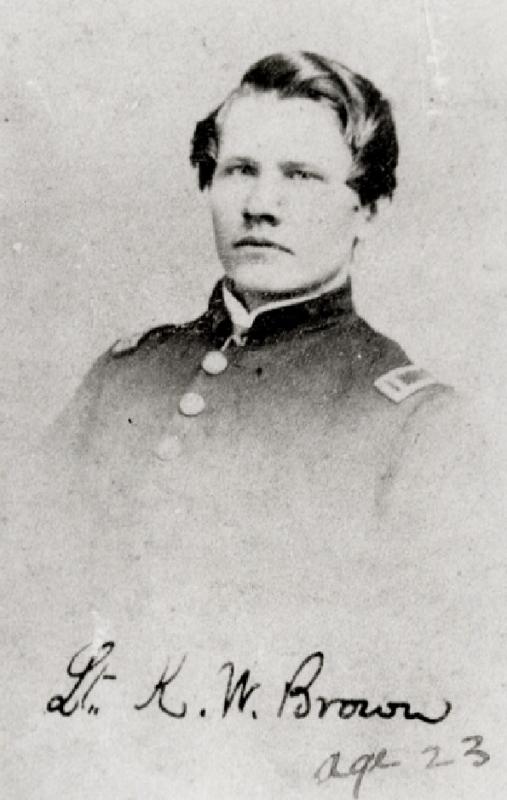 Kendrick Wade Brown, born in Jefferson County, New York, on July 4, 1842. He volunteered for service in the Union Army in 1861. Wounded several times during his four years of service, he was mustered out as a captain in Company K of the 186th New York Volunteer Infantry. The following year he came to Ames when the town had been in existence for little more than a year. At the time of his arrival, Ames had a population of about 100.
Citation: 223.1275.4
Year: 1865
Categories: Wars & Military, People
Tags: CIVIL WAR, BROWN, KENDRICK W.
< Back to Search