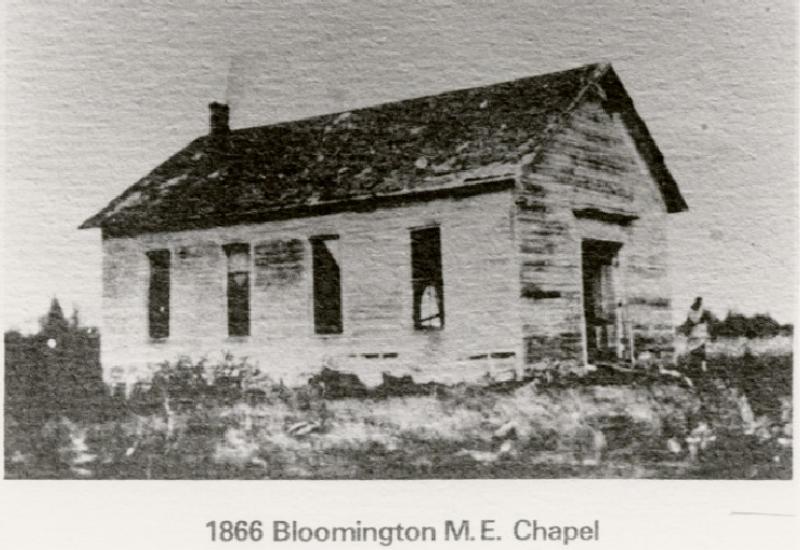 The Methodist Episcopal Chapel in what was once the village of Bloomington, northeast of Ames. Bloomington is now a part of Ames. The Methodists acquired the lot in 1865 and built the chapel the next year. After Ames was established, the Bloomington chapel continued to enjoy community patronage, but eventually it became independent of the Methodists and experienced a decline in membership. By the 1920s, it had been converted for use as a farm shelter. Tradition has it that George Washington Carver, Iowa State College's famous African-American graduate of 1894, attended church here on occasion. [See also: 94.506.6]
Citation: 94.506.4-5
Year: 1866
Categories: Churches, Places/Buildings, People
Tags: CHURCHES, BLOOMINGTON (IOWA), CARVER, GEORGE WASHINGTON, BLACK RESIDENTS OF AMES, METHODIST CHURCHES, METHODIST EPISCOPAL CHAPEL
< Back to Search