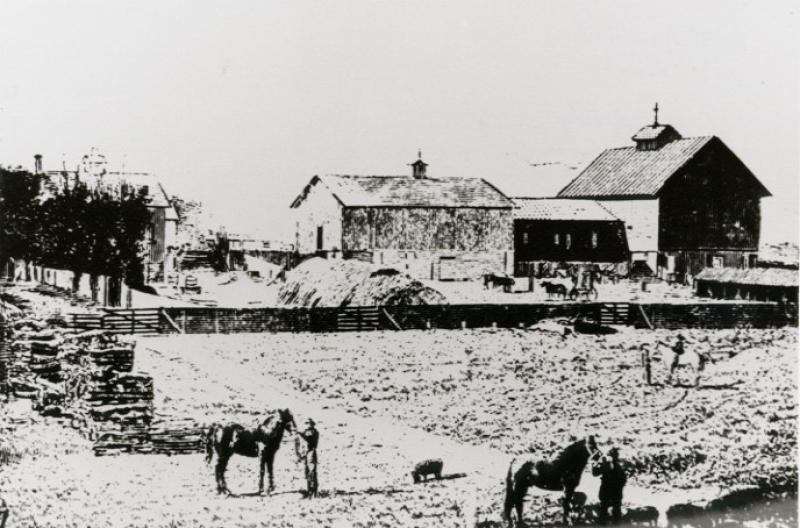 An etching, which appeared in the Iowa Agricultural College catalog, is a view of the east side of the farm buildings of The Farm House. The Farm House was the first building started on the new college land. Plans for it and its barn were completed in 1859. Construction of The Farm House began in 1860, but it was not completed until 1865. A history of The Farm House, which now functions as part of the Iowa State University Museums, was written by Mary Atherly, curator of The Farm House, and published in 1995, "Farm House; College Farm to University Museum." The photograph of this etching appears in that book on p. 54. (Courtesy of Iowa State University Library/University Archives)
Citation: 202.1146.3
Year: 1875 (approx.)
Categories: ISU / ISC, Places/Buildings
Tags: FARM HOUSE, ISC, IOWA AGRICULTURAL COLLEGE, IOWA STATE COLLEGE, BARNS, IOWA STATE UNIVERSITY
< Back to Search