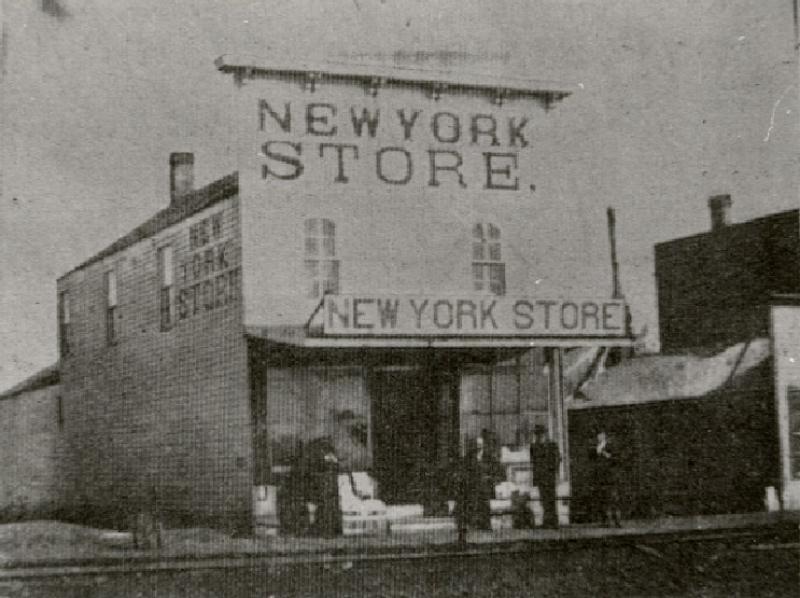 The New York Store, shown here sometime in the 1870s, was a general merchandise store on the north side of Onondaga (later, Main) Street. Located near the Kellogg Avenue corner, it was owned by Mr. I. E. Hirsh, a native of the state of New York. The names of the store and the street (named in honor of Onondaga County, New York,) reflect the influence of early-day pioneers from New York. When this picture was taken, the Methodist Chapel stood, somewhat set back from the street, next to the store on the northeast corner of Kellogg Avenue and Onondaga.
Citation: 8.32A.3
Year: 1875 (approx.)
Categories: Churches, Misc., Downtown/Main St., Places/Buildings, People, Businesses
Tags: CHURCHES, KELLOGG AVENUE, ONONDAGA STREET, METHODIST CHURCHES, NEW YORK STORE, HIRSH, I. E., STORES, NEW YORK (STATE), MAIN STREET
< Back to Search