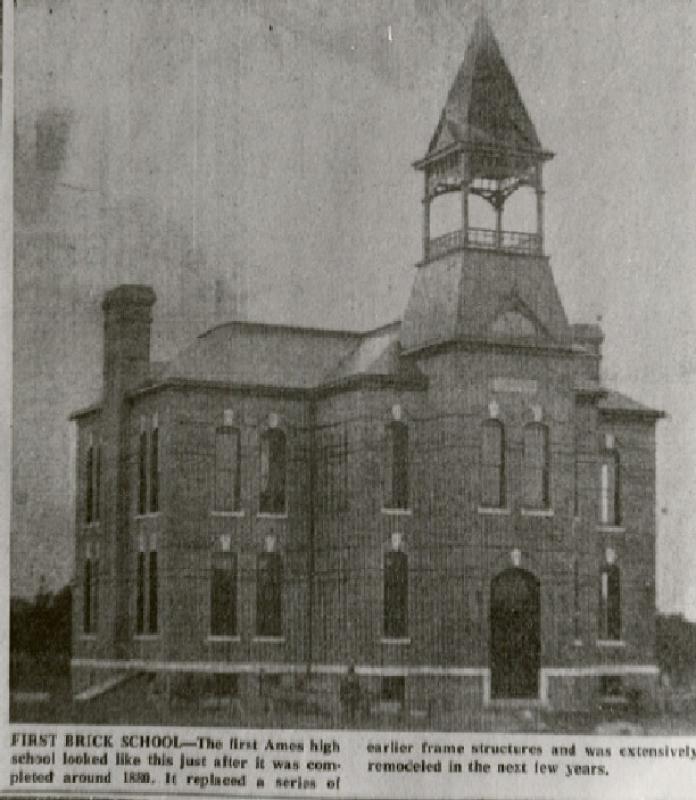 The first brick schoolhouse in Ames, built in 1881, served as the only school for all Ames children in the 1880s and 1890s. Afterwards, it served as Ames's first high school. This building stood on the west side of Clark Avenue between Fifth and Sixth streets. It was extensively remodeled and added to in the years of its use. In 1912, a new high school was built across the street on the east side of Clark Avenue and this building was used as a junior high school. In July of 1937, it was razed in preparation for the new high school building (which, in turn, became first Central Junior High School in 1961 and in 1990, the new City Hall).
Citation: 8.31.4
Year: 1881
Categories: Schools
Tags: SCHOOLS, AMES HIGH SCHOOL
< Back to Search