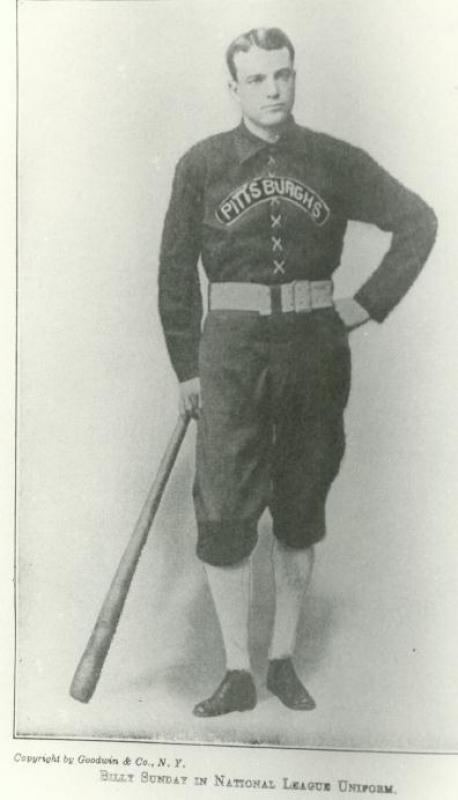 Photograph of revivalist preacher Billy Sunday when he was a baseball player for Pittsburgh in the 1880s. Sunday who was born and raised in Ames played professional baseball from 1883 to 1890 for Chicago, Pittsburgh, and Philadelphia. During these years he underwent a religious conversion and began working with the YMCA. In 1903 he became an ordained Presbyterian minister. He used his baseball background, slangy language, flamboyant manners, and highly developed promotional methods to become the most popular evangelist of his time -- supposedly preaching to over 100 million people in his many tent revivals. (See also: 73.375.1)
Citation: 70.362.1
Year: 1886 (approx.)
Categories: People
Tags: SUNDAY, BILLY
< Back to Search