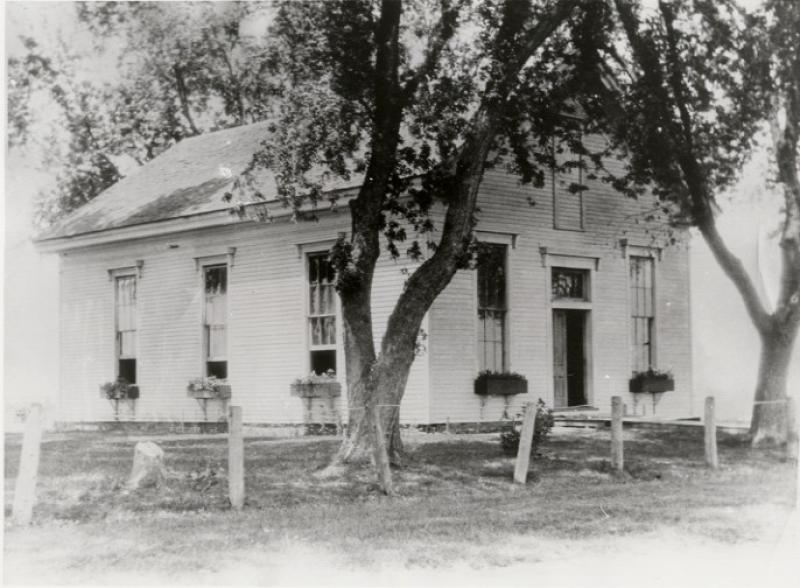 Early-day photograph of the Wittemberg Congregational Church north of Newton, Iowa. The church was founded before the Civil War and was originally another denomination, one that was popular in the Southern states. Because of local animosity toward the South during the war, the church became a Congregational church. Here it is pictured before the addition of the front section and steeple that can be seen in ID 106.580.4, taken in 1988.
Citation: 106.580.5
Year: 1890 (approx.)
Categories: Churches, Wars & Military
Tags: CHURCHES, CIVIL WAR, WITTEMBERG CONGREGATIONAL CHURCH, CONGREGATIONAL CHURCHES
< Back to Search