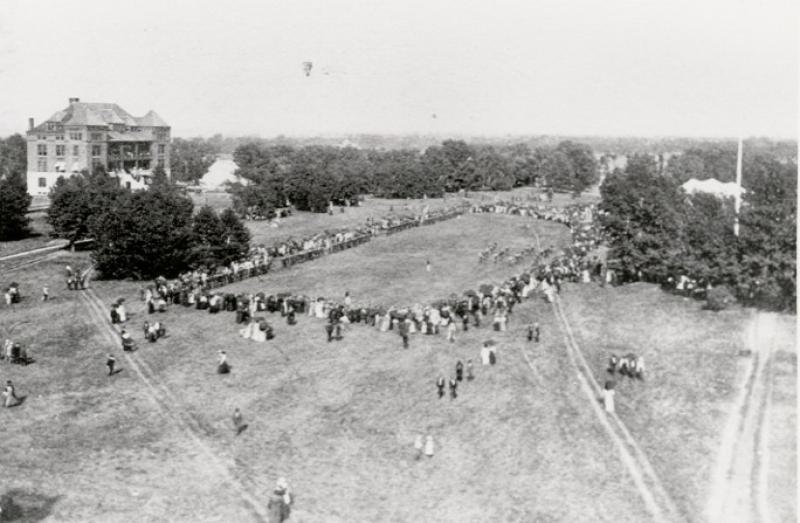 Looking northeastly toward the back of Agricultural Hall (later Old Botany, today [2004], Carrie Chapman Catt Hall) during an Iowa State College "Excursion Day," which was a campus celebration that was a precursor to the VEISHA student festival. Here you can see people circled around some sort of athletic game. During Excursion Day, the people of Iowa were offered special passenger train rates so that they could attend the festivities on their state college's campus. Agricultural Hall was built in 1892. In 1928, the Dept.of Botany moved into the hall from Central (Beardshear) Hall and the building was renamed Botany Hall.
Citation: 112.619.4
Year: 1898 (approx.)
Categories: ISU / ISC, Places/Buildings, Events
Tags: AGRICULTURAL HALL, ISC, IOWA STATE COLLEGE, EXCURSION DAY
< Back to Search