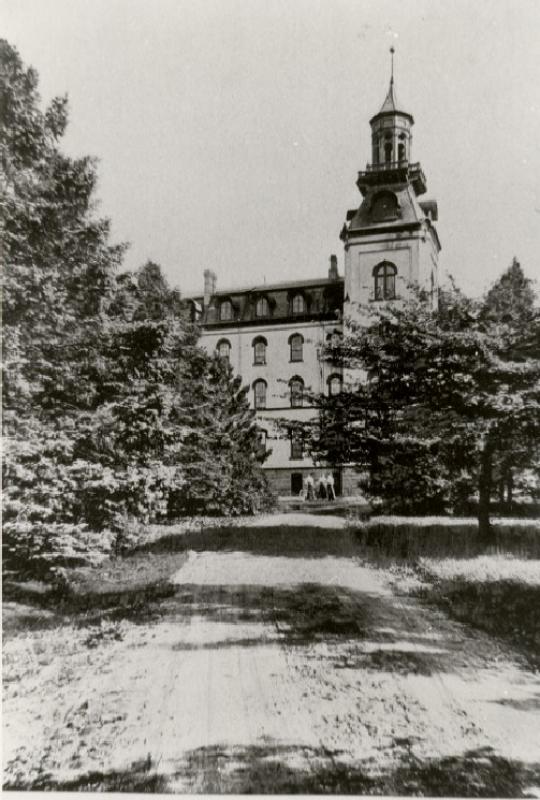 The Main Building (also known as College Building, The College, and Old Main) was built in 1864-1868, the first major structure on the new campus of Iowa State College (the Farm House was built in 1860). An addition was constructed in 1871-1873. The architect was C. A. Dunham and the contractor was Jacob Reichard (and others). The north wing of Old Main burned in December, 1900; the south wing burned in August, 1902. Less than a month after the first fire, the Board of Trustees discussed the need for a replacement for the main college building. After the second fire, the discussions emphasized the need to build a fireproof structure. That building, ultimately named Beardshear Hall (originally called Central Building) was built in 1903-1906 on the approximate site of Old Main.
Citation: 26.130.3
Year: 1898
Categories: ISU / ISC
Tags: IOWA STATE COLLEGE, OLD MAIN, ISC, COLLEGE BUILDING, ISC, MAIN HALL, ISC
< Back to Search