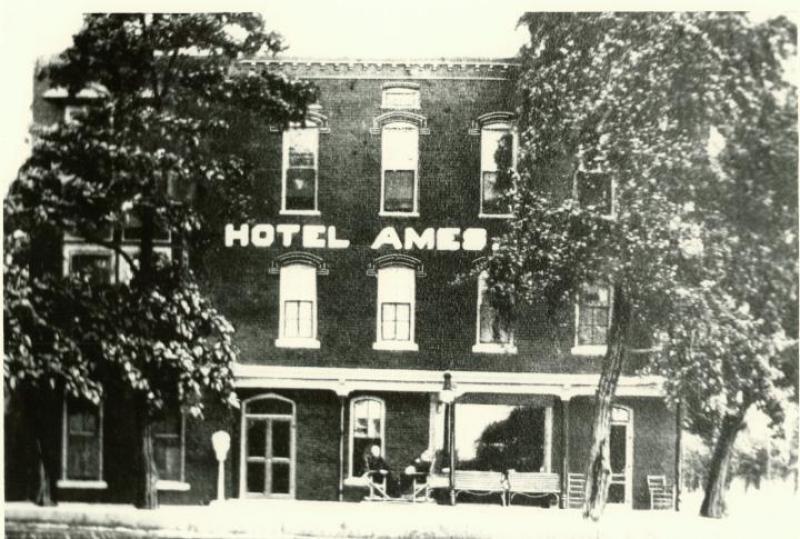 Ames Hotel on corner of Duff Avenue and Main Street (northwest corner). Corner had been hotel site almost since beginning of town. This structure followed a frame building known as the New York House. Ames Hotel stood and was in operation until the 1920s. It had also once been known as the Davis Hotel. (May have also operated under a third name.)
Citation: 44.219A.1
Year: 1900 (approx.)
Categories: Misc., Businesses
Tags: HOTELS, AMES HOTEL, DAVIS HOTEL
< Back to Search