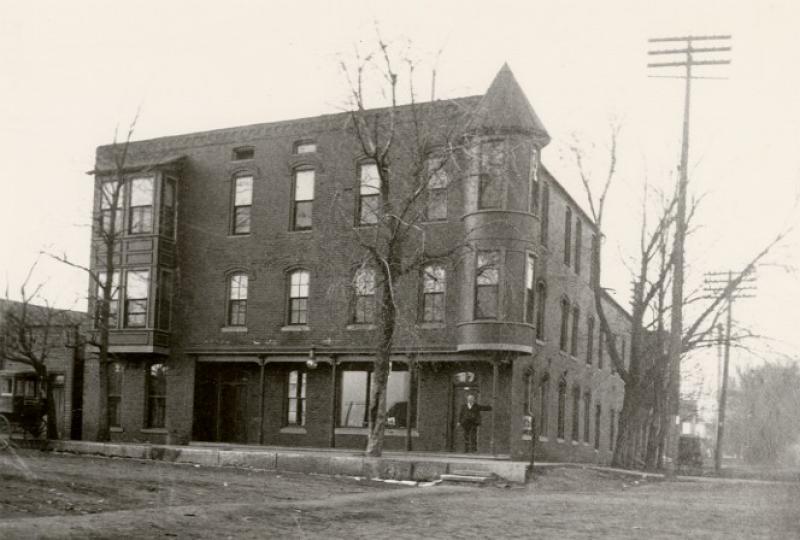 The Ames Hotel, on the corner of Main Street and Duff Avenue in downtown Ames, was built on the site of an earlier hotel, the New York House. This photo is looking up Duff Avenue along the east side of the building. Note the horse-drawn hack in the left of the photo. The Ames Hotel was originally called the Davis House. Once Ames's largest hotel, it was inadequate by 1902 when Ames's business community began promoting the idea of better hotel facilities. Parley Sheldon and the Munn family solved the "better hotel" problem when they announced their plans for the construction of the Sheldon-Munn Hotel in downtown Ames. (See also: 44.221.3-4)
Citation: 44.218.2
Year: 1902 (approx.)
Categories: Businesses, Places/Buildings, Misc., Downtown/Main St.
Tags: NEW YORK HOUSE, DUFF AVENUE, HOTELS, TAXICABS, AMES HOTEL, DAVIS HOTEL, MAIN STREET
< Back to Search