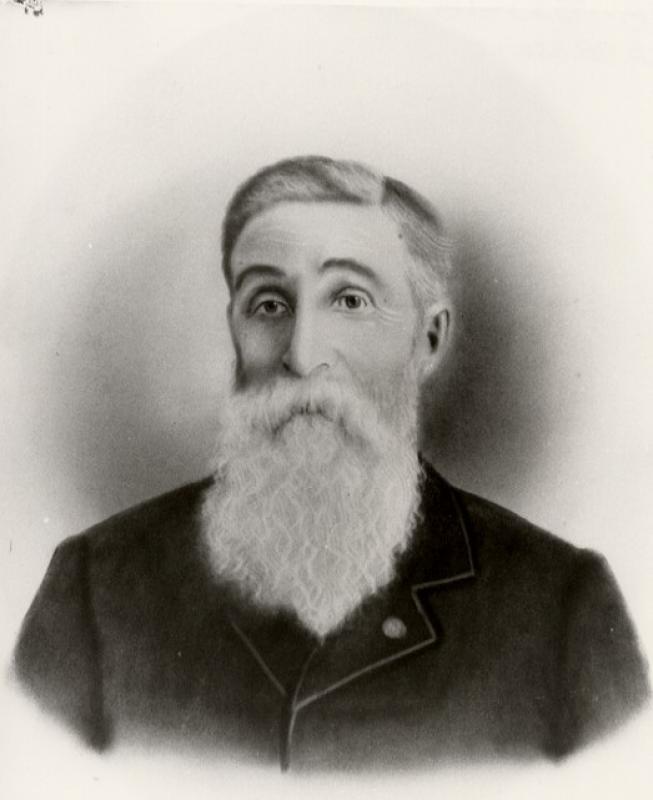 Photograph of Ames pioneer Edmund Loughran who owned and operated an implement store (later, known as the Loughran Machine Co.). Loughran was born June 30, 1832, in Ireland. He immigrated to the United States in 1848; moved to Iowa in 1857 and to Story County in 1884. Loughran was the father of Stephen Loughran who married Lillian Brown (the daughter of Kendrick W. Brown, the sister of Harry Farwell Brown, and the aunt of Farwell Tilden Brown). The story is told that after Edmund Loughran decided to settle in Ames, he walked from Iowa City to Des Moines and then on to Ames. He built the house on the southeast corner of Carroll Avenue and Sixth Street (across from Bandshell Park) which still stands today. This photograph is the one used in the advertisement for the Ames Commercial Club (ID 9.39.3).
Citation: 98.530.1-5
Year: 1902
Categories: Local Organizations, Businesses, Misc., People
Tags: AMES COMMERCIAL CLUB, LOUGHRAN MACHINE CO., HOUSE, LOUGHRAN, LOUGHRAN, EDMUND
< Back to Search