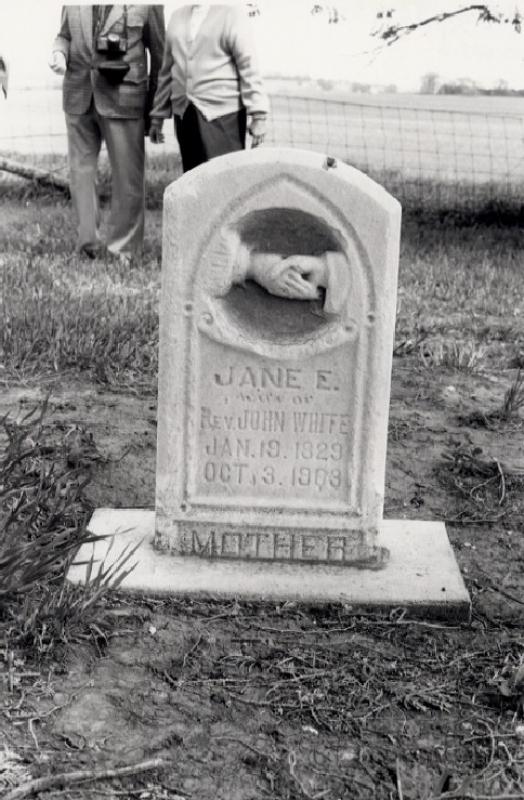 Photograph was taken in 1987 by Farwell Brown of the tombstone of Jane E. White, widow of Rev. John White who, in 1865, played an important role in establishing the Congregational Church in Ames, the first church built in the new town. Jane White lived to be 84, but her husband died at the age of 37 while he was serving the Wittemberg Congregational Church near Newton, Iowa. John, Jane, and the couple's infant daugher Mary were all intered in the Wittemberg Cemetery. Their grave markers, which had been broken off, were repaired and reset in 1988 by a group from the Congregational Church in Ames.
Citation: 114.627.3
Year: 1903
Categories: Churches, Misc., People
Tags: UNITED CHURCH OF CHRIST, CONGREGATIONAL, WITTEMBERG CEMETERY, WHITE, JANE E., CONGREGATIONAL CHURCHES
< Back to Search