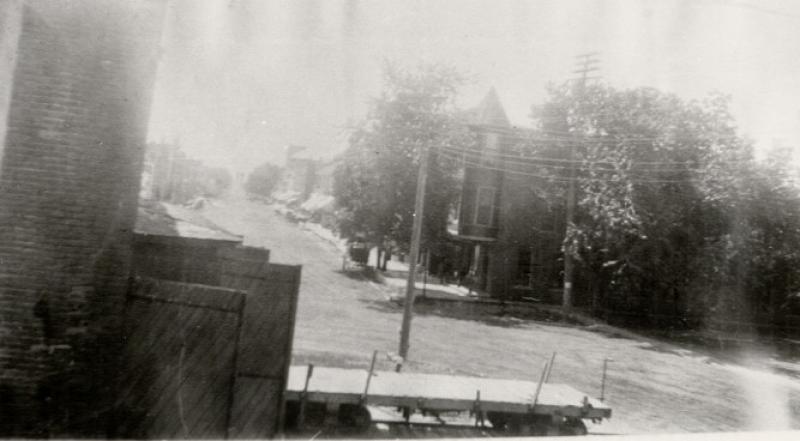 The corner of Duff Avenue and Onondaga (Main) Street sometime between 1900 and 1905. The hotel on the northwest corner is the Davis Hotel. The flat cars were probably delivering lumber to Munn Lumber which was on the other side of Duff. Note the hack (horse-drawn taxicab) parked in front of the hotel (partially obscured by the foliage). No streetcar tracks are seen on Onondaga (they were installed in 1907) and the street would not be paved until 1910 (when its name would be changed to Main Street). At the time of this photograph, Onondaga Street did not extend west past Kellogg Avenue; the trees visible at the end of the street indicate the end of the street's development.
Citation: 97.528.3
Year: 1903 (approx.)
Categories: Transportation, Businesses, Downtown/Main St., Misc.
Tags: RAILROADS, MUNN LUMBER CO., ONONDAGA STREET, LUMBER INDUSTRY, HOTELS, TAXICABS, DAVIS HOTEL, MAIN STREET
< Back to Search