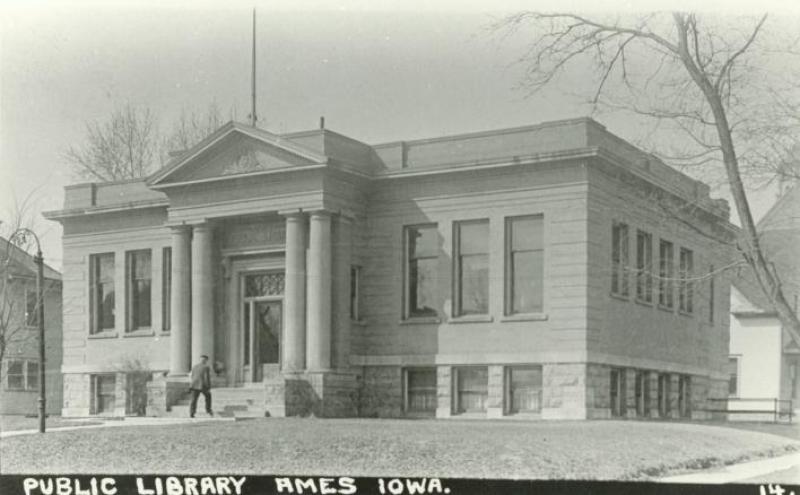 Ames Public Library, on the corner of Sixth and Douglas streets, as it appeared when new in 1904. The library was made possible by the donation of the building site by Captain Wallace and Mary Greeley and by a Carnegie gift of $10,000. Dedicated in September, 1904. By the end of its first year the library recorded a circulation of 2, 750 volumes. The much expanded library of 1985, includes a remodeled edition of this original building.
Citation: 77.397.4
Year: 1904
Categories: Downtown/Main St., Places/Buildings, People
Tags: AMES PUBLIC LIBRARY, GREELEY, WALLACE M., LIBRARIES, GREELEY, MARY VICTORIA
< Back to Search