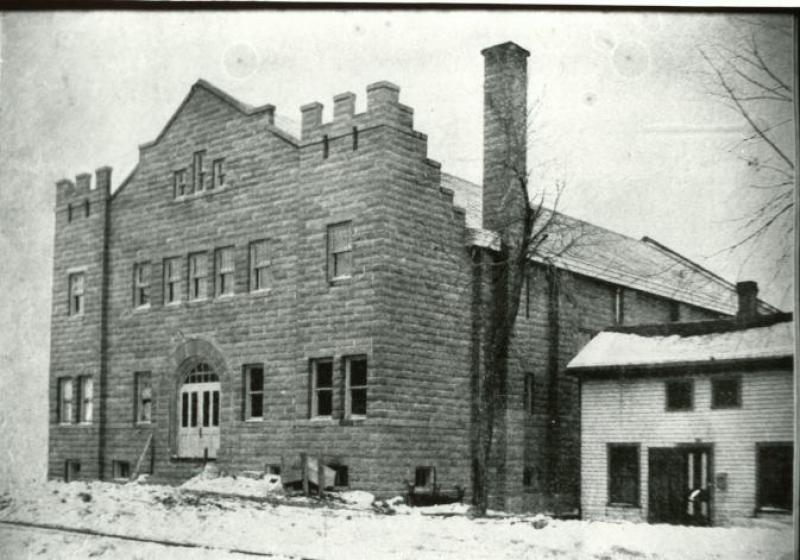 The National Guard Armory was located on Fifth Street across from the present-day [2005] Tribune Building. Dedicated February 17, 1905, it was Ames's only show house for musical and dramatic artists until December, 1911. Iowa State College men and women played their first interscholastic basketball games here in 1907. The armory was the O'Neil Dairy in later years. The building was razed in 1985. In this photograph, the railroad tracks for the Ames and College Railroad (the "Dinkey") can be seen in the snow in the lower left. A residence is seen to the right (west) of the armory.
Citation: 8.28.2-3
Year: 1905
Categories: Transportation, Misc., Places/Buildings, ISU / ISC, Sports
Tags: AMES AND COLLEGE RAILROAD, O'NEIL DAIRY, DINKEY RAILROAD, ARMORY, OLD, BASKETBALL, ISC, FIFTH STREET
< Back to Search