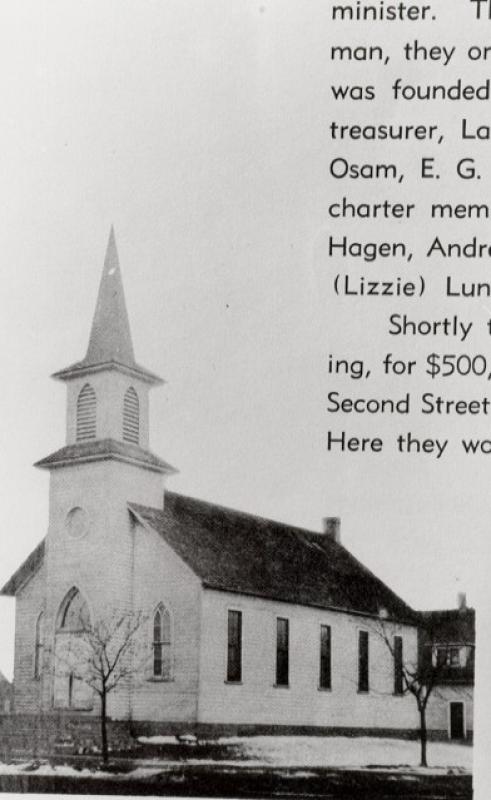 Built in 1902 as the first Catholic church in Ames, St. Cecilia's was located on Lincoln Way two blocks to the west of the Iowa Highway Commission (later the Iowa Department of Transportation) building on the north side of Lincoln Way. When St. Cecilia built a brick church, this structure was moved, in 1905, to the southwest corner of Second and Oak Street, one block off of Lincoln Way, and was purchased by Lutherans. This building then became the first Lutheran church in Ames, Bethesda Lutheran Church. This building was moved off its second site when Bethesda built a new structure on the corner of Seventh and Kellogg Avenue. Ole Olson, a very active member of the church, used some of the materials from this church to build his residence somewhere north of Ninth Street and west of Grand Avenue.
Citation: 107.587.1-5
Year: 1906 (approx.)
Categories: Churches, Places/Buildings
Tags: CHURCHES, LINCOLN WAY, CATHOLIC CHURCHES, ST. CECILIA CATHOLIC CHURCH, LUTHERAN CHURCHES, BETHESDA LUTHERAN CHURCH
< Back to Search