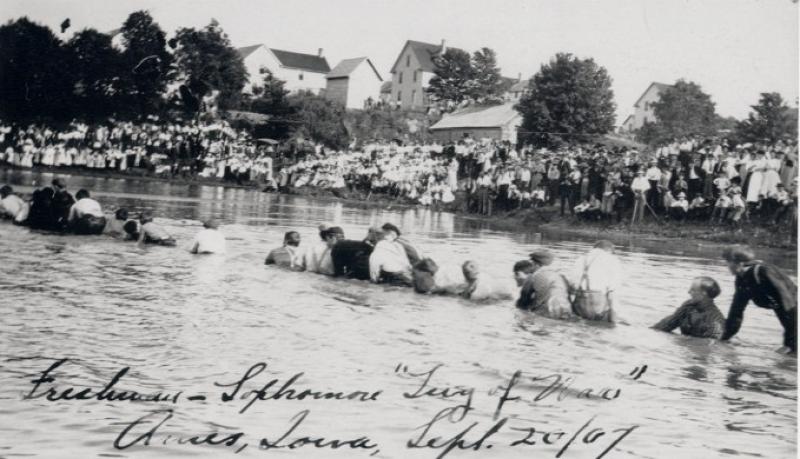 The freshman and sophormore Iowa State College classes in a tug-of-war competition on September 20, 1907. The original picture was a photocard given to Farwell Brown by Paul Morgan, the son of Martin Morgan, who was once the head of agricultural education on the Iowa State campus. This annual competition was often held on Briley Pond. If this photograph is at that location and oriented in a northeasterly direction [Farwell Brown is not certain of the identification], the area where the crowd is standing may be what was to become Hyland Avenue with the Olson farm seen on the hill. Dean Anson Marston said that the freshmen won the tug-of-war in 1907.
Citation: 230.1323.1
Year: 1907
Categories: ISU / ISC, Sports
Tags: STUDENTS, ISU, IOWA STATE COLLEGE, TUG-OF-WAR, ISC STUDENTS
< Back to Search