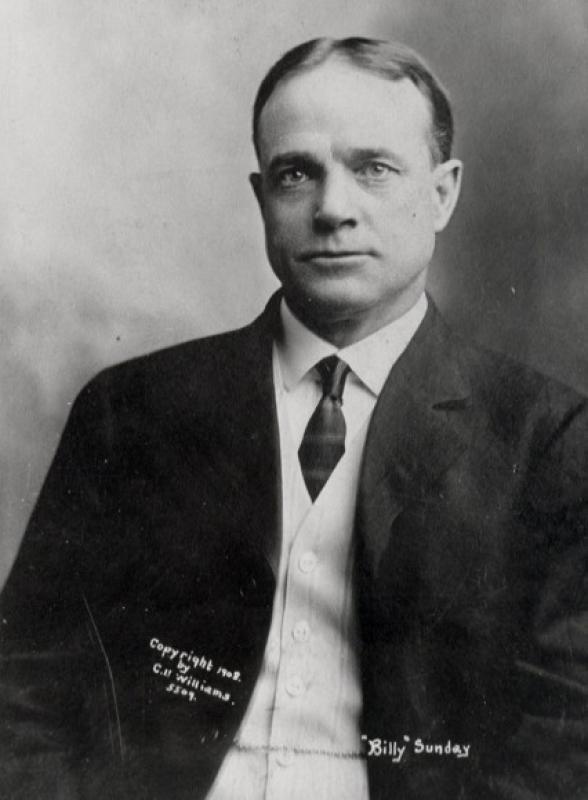 A C. V. Williams photographic portrait of evangelist Billy Sunday, taken in 1908, when Sunday was about 45 years old. Billy Sunday was born outside of Ames (in an area which was later incorporated into the city's boundaries) on November 19, 1862. Sunday finished high school in Nevada, Iowa, also working as the school janitor. After moving to Marshalltown, Iowa, to take a job in a furniture shop, he joined the town's fire brigade and played on the Marshalltown baseball team. While playing there, he was discovered by Adrian Anson, a Marshalltown native who was the captain [manager] of the Chicago White Stockings [later to become the Chicago Cubs]. Anson invited Sunday to try out for the team and he rose to the major league in 1883. Sunday's baseball career is legend, woven later into his ultimate career as evangelist. Sunday died on November 6, 1935, a little before his 73rd birthday. (Photograph is courtesy of the Iowa State Historical Society, Des Moines, Iowa.) (See also: 101.550.5)
Citation: 101.548.5
Year: 1908
Categories: People
Tags: SUNDAY, BILLY
< Back to Search