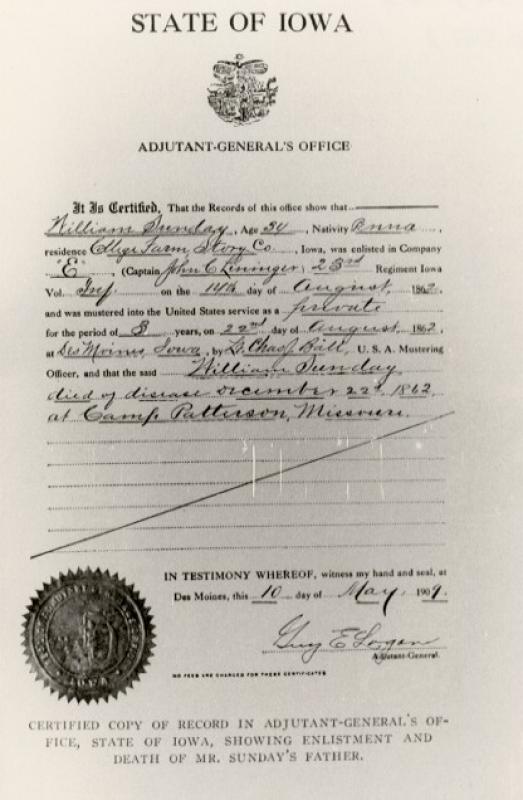 A photograph of the certificate, issued May 10, 1909, by the State of Iowa's Adjutant-General's Office, and signed by Guy E. Logan, the Adjutant-General, shows that William Sunday, a resident of College Farm [later part of Ames], Iowa, (born in Pennsylvania) was mustered into Company E of the 23rd Regiment of Iowa's Volunteer Infantry on August 14, 1862, and that he died of disease on December 22, 1862, at Camp Patterson, Missouri. William Sunday was the father of three sons, the youngest of whom was born on November 19, 1862, just a month before his father's death. That son was to become evangelist Billy Sunday.
Citation: 100.543.3
Year: 1909
Categories: People, Wars & Military
Tags: SUNDAY, WILLIAM, CIVIL WAR, SUNDAY, BILLY
< Back to Search