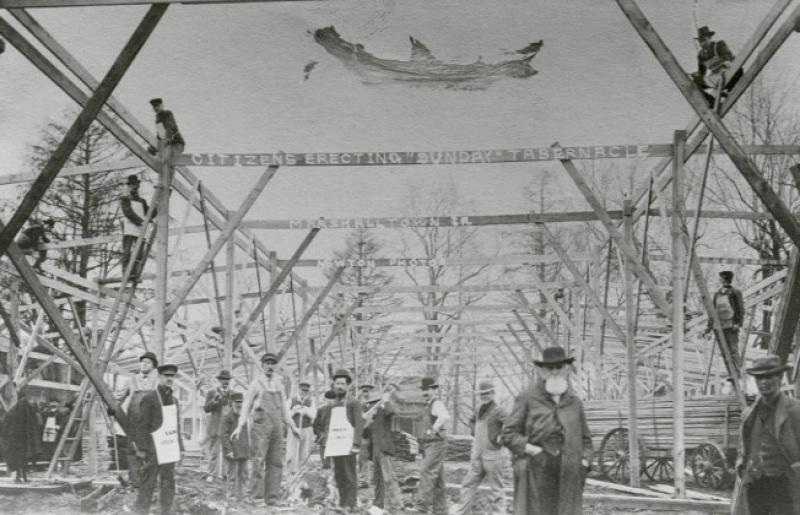 The Billy Sunday tabernacle under construction in Marshalltown, Iowa, in 1909. The citizens of Marshalltown erected this temporary structure to house evangelist Billy Sunday's revival meetings there. It was the custom to build these structures to accommodate the week-long series of meetings held in the small towns of America in the decades surrounding the turn of the twentieth century. Though such a structure was never built in Ames, Billy Sunday, a native of Ames, was a frequent speaker in this town. (Photograph is courtesy of the Iowa State Historical Society.)
Citation: 101.550.1
Year: 1909
Categories: Churches, Places/Buildings, People
Tags: CHURCHES, MARSHALLTOWN (IOWA), TABERNACLES, REVIVALS, RELIGIOUS, SUNDAY, BILLY
< Back to Search