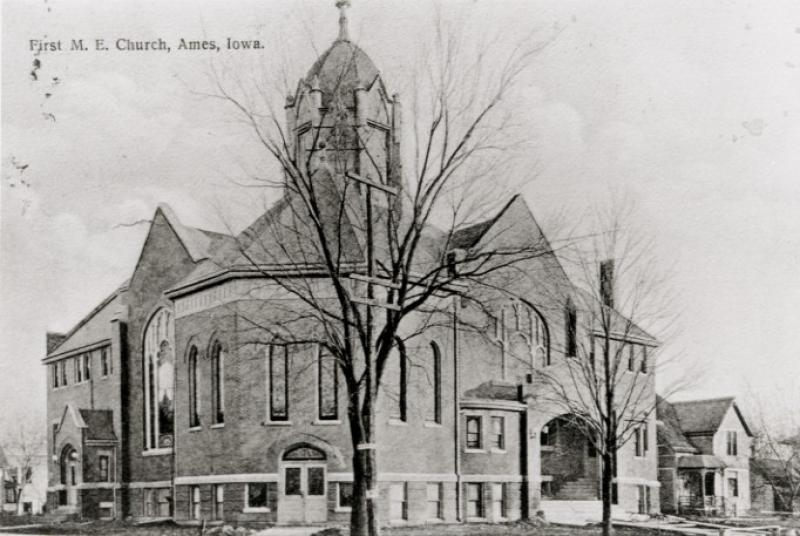 Photo postcard of First Methodist Episcopal Church (as it was originally known), built in 1908, on the southeast corner of Kellogg Avenue and Sixth Street. This view shows the church's old parsonage which used to be on the south side of the church on Kellogg Avenue. The parsonage was on property which was sold to Fareway Stores and became for a time part of Fareway's parking. Today [2004], the space provides limited parking for the church and for the City of Ames.
Citation: 199.1127.5
Year: 1909 (approx.)
Categories: Churches, Misc., Places/Buildings
Tags: CHURCHES, KELLOGG AVENUE, METHODIST CHURCHES, SIXTH STREET, FIRST METHODIST CHURCH
< Back to Search