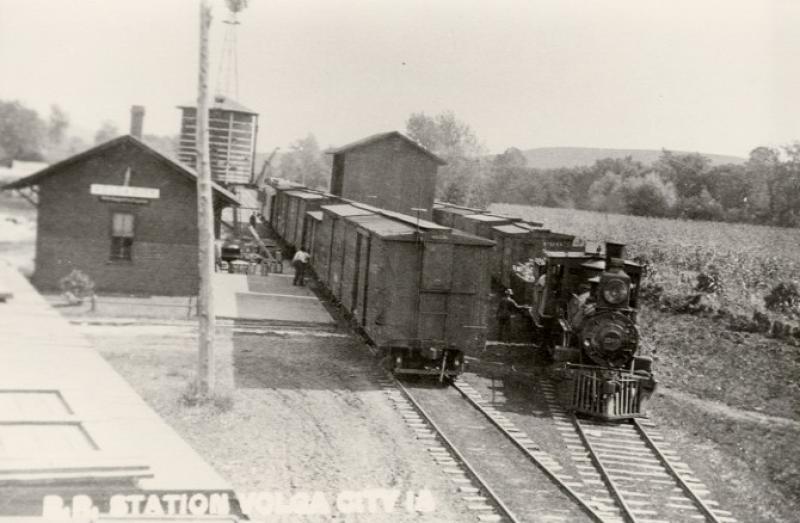 The Milwaukee Road depot in Volga, Iowa, in Clayton County around 1890. Volga was near the boyhood farm home of Rodney Fox who was in the journalism department of Iowa State College/University. Farwell Brown made this photograph from a photocard provided by Rodney Fox and owned by his brother Kirk Fox who was the editor of "Successful Farming" magazine. Rodney Fox was the first secretary of the Ames Heritage Association (later, the Ames Historical Society). At the time of this photograph, almost all of the small towns in Iowa had their own depots and rail service. Today [2005] most of these depots and tracks, including those in Volga, are gone. Notice the water tank and windmill in the upper left quadrant of the photo.
Citation: 104.565.1
Year: 1910 (approx.)
Categories: Transportation, People, Places/Buildings
Tags: CLAYTON COUNTY (IOWA), RAILROADS, FOX, KIRK, WATER TANKS, DEPOT, RAILROAD (VOLGA, IOWA), FOX, RODNEY, WINDMILLS, VOLGA (IOWA), MILWAUKEE ROAD
< Back to Search