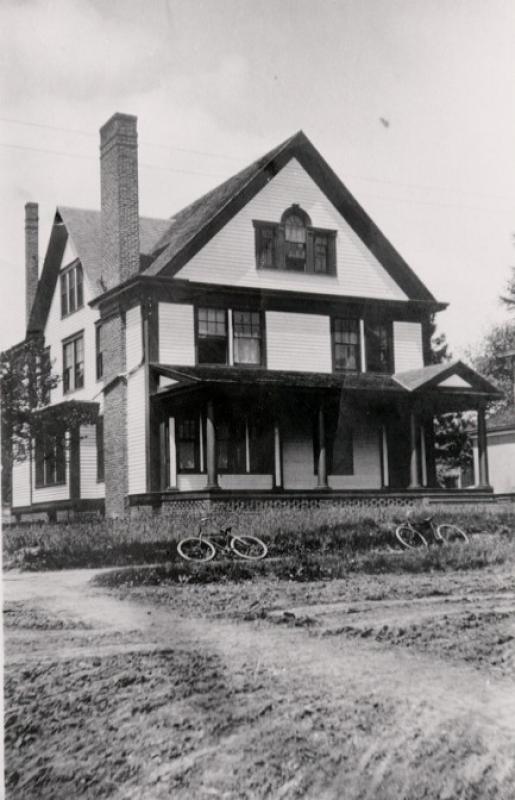 House that once stood on the corner of the intersection of Grand Avenue and Fifth Street. This house was home to Iowa State College's Phi Kappa Psi fraternity (503 Grand Avenue). Photograph taken around 1910. Grand Avenue was paved in 1911. This was one of the fraternities located in downtown at this time. After World War I, residential development in west Ames (known popularly as the 4th Ward and later as campustown) became more extensive with the city's extension of water and sewer service and with the paving of residential streets. As a result most organized student group housing sought locations nearer to the campus. This house was razed and is the present [2004] site of the Pyle Office Building.
Citation: 162.897.3-5
Year: 1910
Categories: Houses, ISU / ISC, Misc., Places/Buildings
Tags: PHI KAPPA PSI, GRAND AVENUE, IOWA STATE COLLEGE, FRATERNITY HOUSES, ISC, FIFTH STREET
< Back to Search