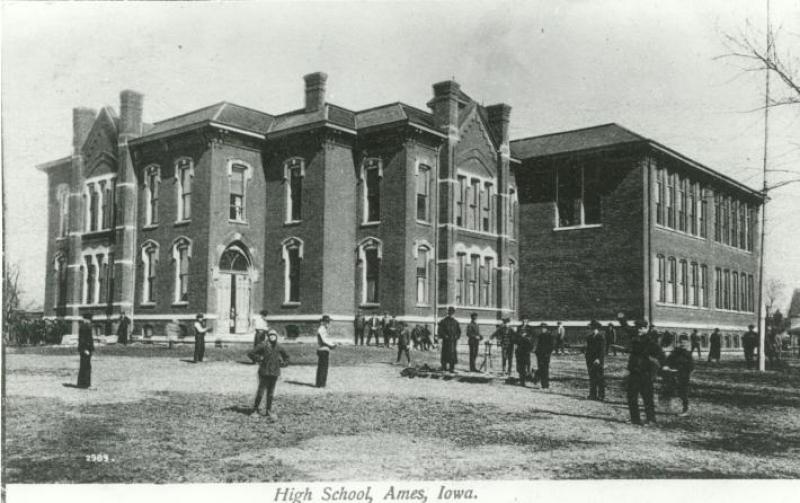 Ames High School building on Clark between Fifth and Sixth Streets on the west side (present location of City Hall). Older part of building (on left with five chimneys) was built in 1881-82. The eight-classroom addition on the right was built around 1900. In 1924 the entire building was converted to a junior high school when new building across the street to the east was constructed. In 1937 the building in this photo was razed to make way for construction of new high school (present City Hall). The east building then became the new junior high school. After construction of new high school at 20th and Ridgewood, both buildings were used for Central Junior High. In 1981 the east building was razed. The west building was remodelled into City Hall which opened in April, 1990.
Citation: 62.315.1-3
Year: 1910 (approx.)
Categories: Schools
Tags: SCHOOLS, AMES HIGH SCHOOL
< Back to Search