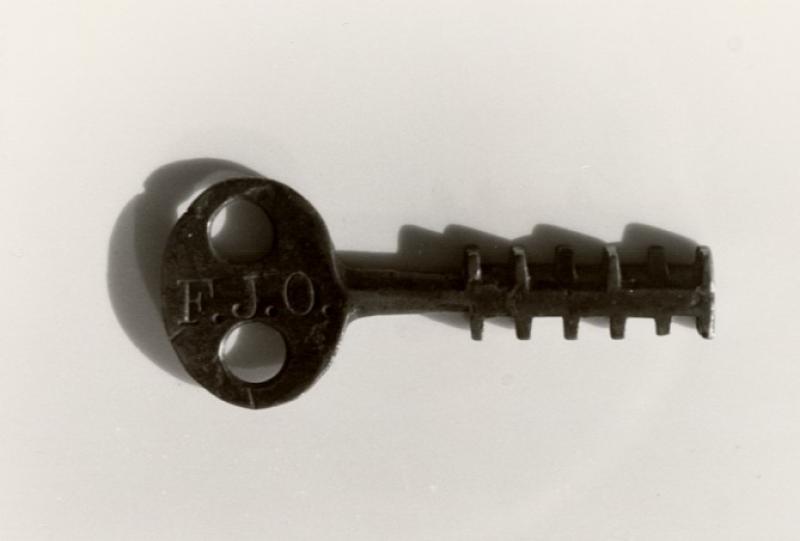 Key used to unlock the West Gate of Iowa State College in the early 1900s. The key is (2001) in the possession of Harold and Doris Reinhart of Colorado. It is 4"-5" in length and was used to literally lock the campus to oncoming traffic. The initials F.J.O. on the key stand for Frank J. Olsan who owned the greenhouse west of the campus (the area later became part of the campus, west of the current College of Design building). Olsan provided portage for the students who lived in the dormitories and so he had to have access to the campus. Because in the early 20th century there were no paved roads on campus, the gate to campus was actually kept locked in bad weather so that people would not drive onto the campus and make ruts. The gate may also have been locked at night.
Citation: 76.394.1-2
Year: 1910 (approx.)
Categories: Misc., ISU / ISC, People
Tags: KEYS, IOWA STATE COLLEGE, OLSAN, FRANK J., REINHART, HAROLD, WEST GATE, ISC, REINHART, DORIS
< Back to Search