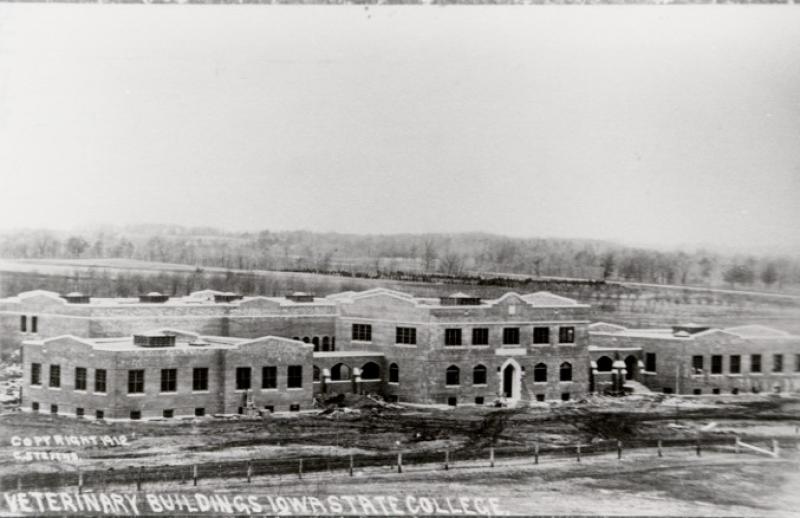 The buildings which made up the Verterinary Quadrangle, on the central campus of Iowa State College, while still under construction in 1912, between Stange Road and Pammel Drive. This served as the site for the College of Veterinary Medicine until new quarters were opened in 1979, east of Elwood Drive. In the early 1980s, the old quadrangle buildings were remodeled to accommodate Iowa State University's College of Education and the Department of Psychology and was renamed Lagomarcino Hall. This photograph is labelled "VETERINARY BUILDINGS IOWA STATE COLLEGE" and signed "COPYRIGHT 1912/C. STEVENS".
Citation: 89.473.4
Year: 1912
Categories: ISU / ISC
Tags: VETERINARY QUADRANGLE, ISC, IOWA STATE COLLEGE, LAGOMARCINO HALL, ISU, IOWA STATE UNIVERSITY
< Back to Search