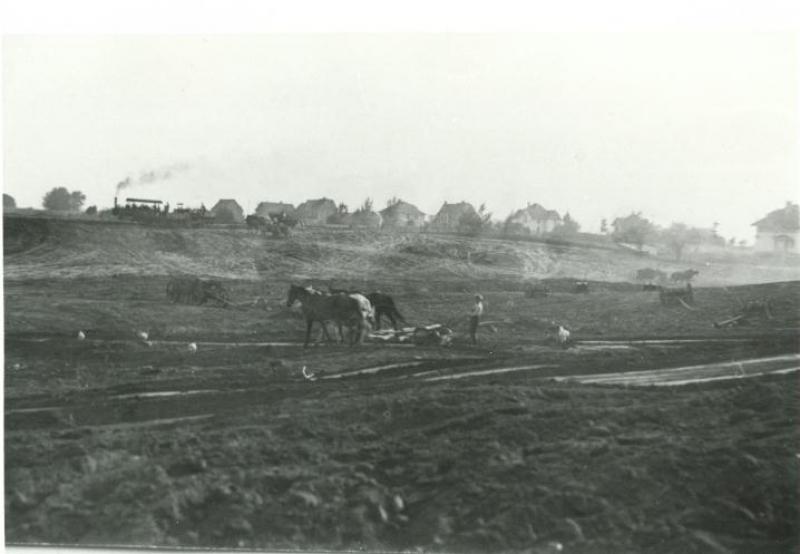 Grading work is being done here when Sunset Drive and other streets south of Lincoln Way were laid down. Area shown is between Ash and Beach avenues. Houses on the ridge were located on Lincoln Way. An article appearing in the August 7, 1913, issue of the Ames Weekly Tribune reads: "A grading crew of fifty men are at present busily engaged in the laying out of streets and avenues in the new College Heights addition which is being promoted by J. F. Graber [sic, should be Graeber] and Tom Thompson. The workmen are living in tents 'right on the job' and work is being rushed to completion as rapidly as possible. It is expected to have the work completed by the first of September." The plat for this residential development was filed December 28, 1916. (See also: 21.101.4)
Citation: 18.84.2
Year: 1913
Categories: Places/Buildings, Misc., People, Transportation
Tags: BOONE ROAD, LINCOLN WAY, ROADS, THOMPSON, TOM, ROAD GRADERS, STREETS, ASH AVENUE, BEACH AVENUE, SUNSET DRIVE, COLLEGE HEIGHTS NEIGHBORHOOD, GRAEBER, J. F.
< Back to Search