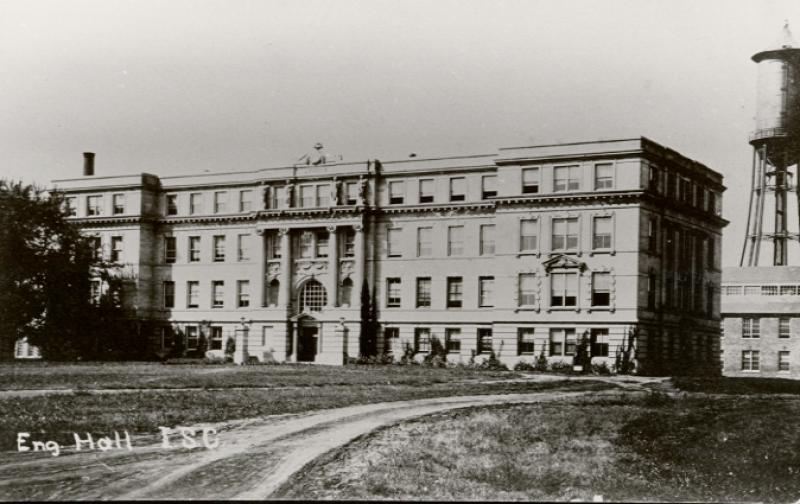 Engineering Hall (after July 1, 1947, Marston Hall) on the campus of Iowa State College in about 1913. The construction of Engineering Hall (designed by Proudfoot & Bird, a Des Moines, Iowa, architectural firm, and erected by Henry W. Scleuter of Chicago, Illinois) was completed in 1903. The water tower in the right of the photo was built (completed in August, 1897) by the King Bridge Company of Cleveland, Ohio, after a design by ISC engineering professor Anson Marston. In 1895, the failure of the college spring to provide the campus with water inspired Professor Marston to redesign the entire water system--the water tower was the result. For many years, the ISC water tower was the tallest steel structure west of the Mississippi River. For many years, water towers based on Marston's design were constructed throughout the country. The building in front of the tower in the right of the photograph is the Engineering Annex, built in 1909-10.
Citation: 77.399.3
Year: 1913 (approx.)
Categories: ISU / ISC, People
Tags: ENGINEERING HALL, ISC, ENGINEERING ANNEX, ISC, MARSTON, ANSON, MARSTON WATER TOWER, IOWA STATE COLLEGE, MARSTON HALL, ISC
< Back to Search