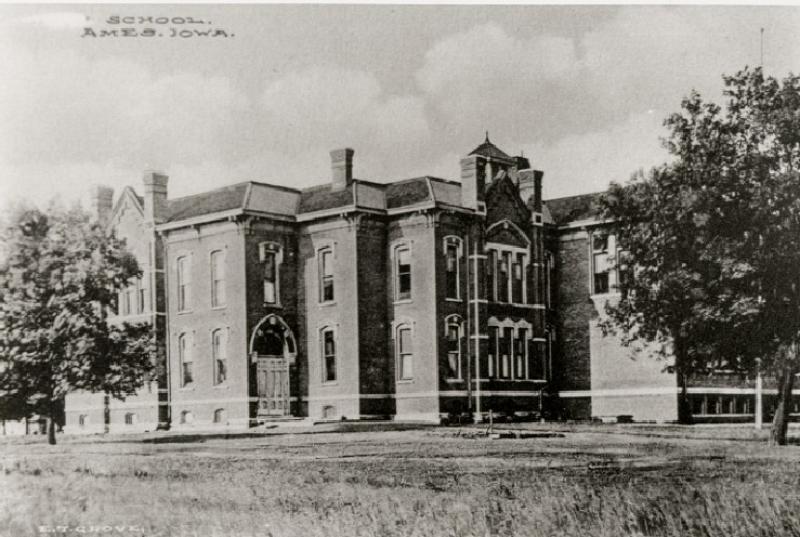 Central School was an elementary school in 1915 when this photo was placed in the time capsule sealed in the new Municipal Building. The capsule was opened in 1996 during the first phase of renovating the building for the use of Youth and Shelter Services (dedicated in 1997 as the Jacobson Building). The school, on the site of today's (2000) City Hall on the southwest corner of Sixth Street and Clark Avenue, became the town's first junior high school in 1924 and was replaced in 1937 with the new Ames High School building (later renovated and opened in 1990 as the Ames City Hall).
Citation: 181.1022.5
Year: 1915
Categories: Misc., Schools, Places/Buildings
Tags: TIME CAPSULES, SCHOOLS, CENTRAL SCHOOL, SIXTH STREET, MUNICIPAL BUILDING, YOUTH AND SHELTER SERVICES, CENTRAL JUNIOR HIGH SCHOOL, CLARK AVENUE
< Back to Search