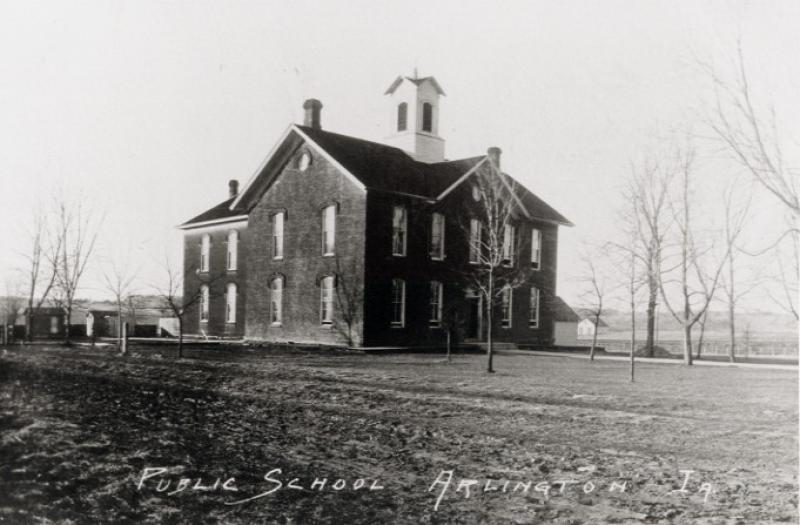 A photograph of the public school in Arlington, Iowa, around the time when Inez Patterson Brown (wife of Dr. Gates Brown, uncle of Farwell T. Brown) was on the Arlington school board. The schoolhouse was showing its age and was badly crowded. The board put forth a bond issue to build a new school, but it failed. The conservative electorate used the excuse of the need for fiscal caution during wartime. Inez Brown made it clear that Dr. Brown and his family would be relocating should the citizenry of Arlington turn down that bond issue for a second time. On the second try, the bond issue came closer to passing, but still failed. In March, 1917, the Gates Brown family moved to Ames. The Arlington school house burned down in about 1921 or 1922. (See also: 106.582.2 and 201.1136.1)
Citation: 201.1135.1-3
Year: 1915 (approx.)
Categories: Schools, People, Places/Buildings
Tags: SCHOOLS, BROWN, INEZ PATTERSON, BROWN, GATES M., ARLINGTON PUBLIC SCHOOL, ARLINGTON (IOWA)
< Back to Search