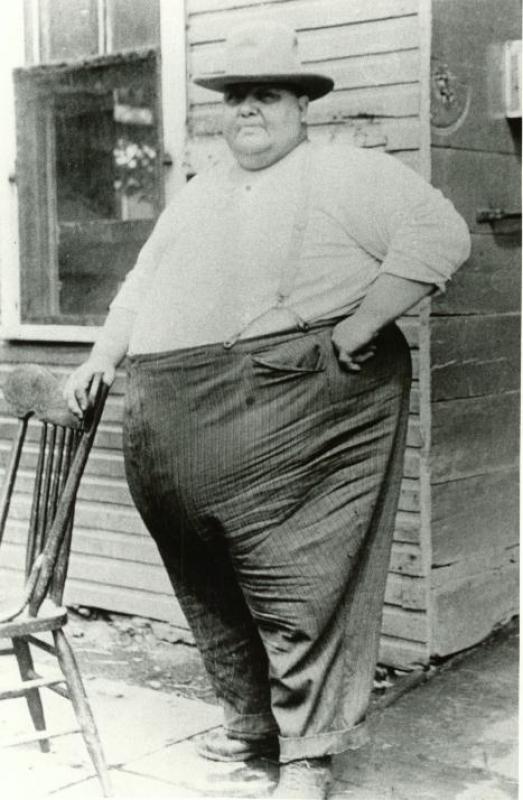 George Nichols (1871-1927) became well known as Fatty Nichols. Weighing close to 500 pounds, he had his own side show which he took to county and state fairs in the Midwest. A news report in 1915 stated that Nichols had a seven-foot waistline. In 1926 his wife, the "fat lady" he had met on the carnival circuit, skipped out on him taking his bank account with her. The Ames town marshall called the Polk County sheriff who detained the woman in Des Moines. George refused to press charges, but asked for the return of his bank roll. He told the sheriff to allow her to take enough money for passage to her former home in Missouri. George and his brother Charles were co-owners of Nichols Livery, Feed & Sale which was on the north side of Main Street about half a block to the west of Duff Avenue. (See also: 106.582.1)
Citation: 96.517.4-5
Year: 1915 (approx.)
Categories: Businesses, People, Misc.
Tags: NICHOLS LIVERY, FEED & SALE, NICHOLS, GEORGE W., FAT MAN, SIDESHOW, LIVERY STABLES
< Back to Search