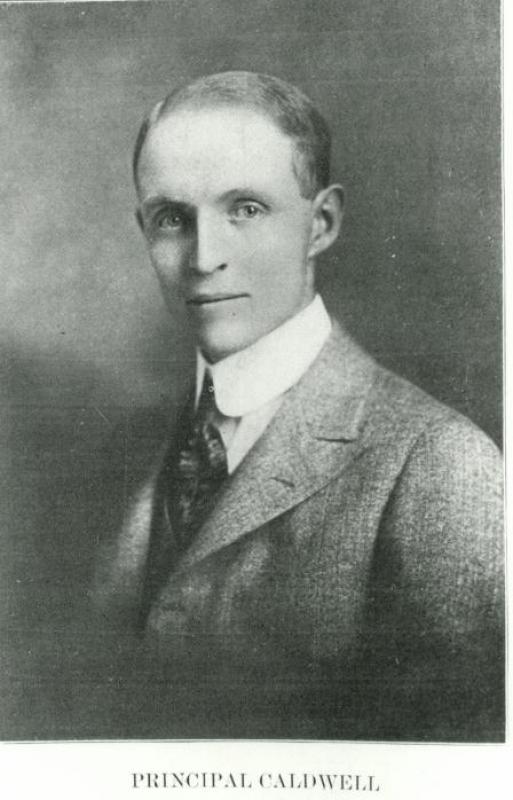 Albert Francis Caldwell, principal of Ames High school from 1914 through 1917, together with his wife and infant son, survived the sinking of the great ship TITANIC in April 1912. His account of the disaster is found in the August 26, 1914 issue of the Ames TRIBUNE. This photo of Caldewell originally appeared in the June, 1916, issue of the Ames High SPIRIT.
Citation: 112.617.1-2
Year: 1916
Categories: Events, People, Schools
Tags: TITANTIC DISASTER, CALDWELL, ALBERT, AMES HIGH SCHOOL
< Back to Search