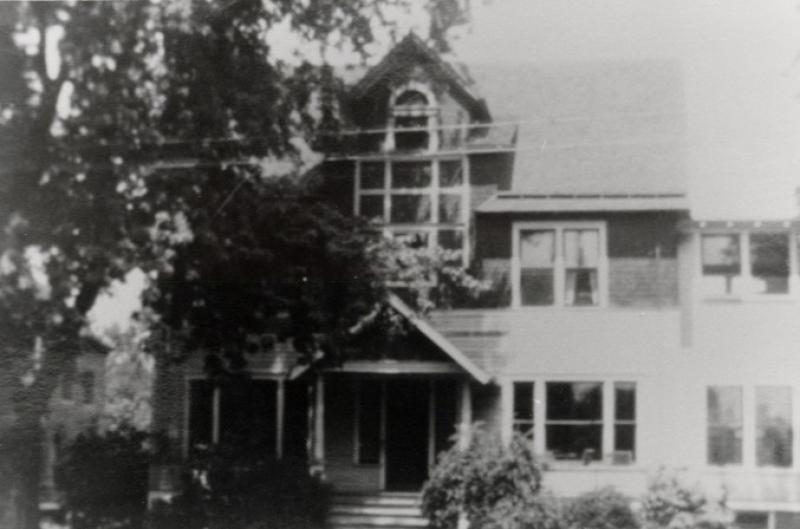 This house was located on the north side of Sixth Street (217 6th) between Douglas Avenue and Kellogg Avenue, to the west of the alleyway and adjacent to the Congregational Church in the days before the church was enlarged. Originally, it served as the church's parsonage and was occupied for the longest period by the Hawley family from 1915 to 1935 during Rev. Henry K. Hawley's tenure as minister. Rev. Hawley and his wife Theodosia were the parents of four children: Elizabeth and John and twins, Ruth and Robert. The upper rooms of the house were used for Sunday school classrooms. The parsonage was later moved onto the south side of Seventh Street (216 or 218 7th), just a block north of its original location, when the church was enlarged in 1961-62. The house was razed from Seventh Street, around 1989 or 1990, when a multi-floored apartment house was constructed on the site. (See also: 123.676.1)
Citation: 121.665.1-2
Year: 1917 (approx.)
Categories: Houses, Churches, People, Places/Buildings
Tags: HOUSE, HAWLEY (HENRY K.), CHURCHES, HAWLEY, JOHN, HAWLEY, ELIZABETH, UNITED CHURCH OF CHRIST, CONGREGATIONAL, PARSONAGES, SEVENTH STREET, HAWLEY, THEODOSIA, SIXTH STREET, HAWLEY, HENRY K., HAWLEY, ROBERT, HAWLEY, RUTH, CONGREGATIONAL CHURCHES
< Back to Search