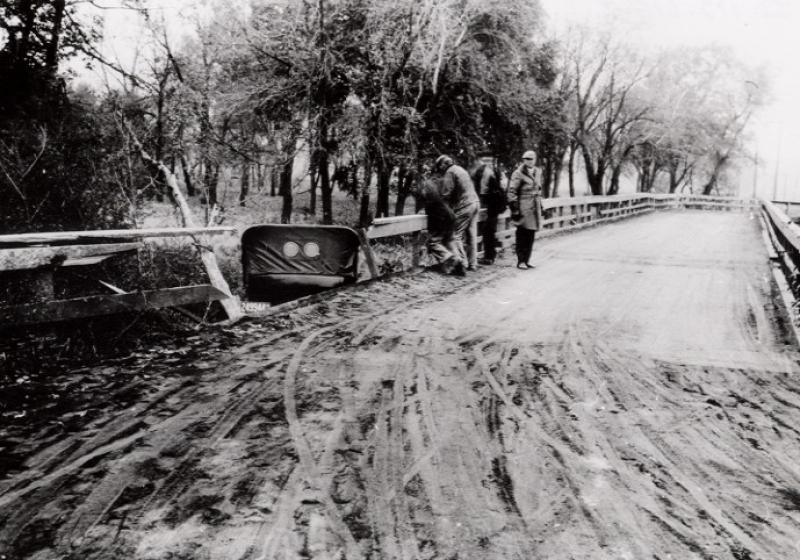 Looking westerly on the temporary detour bridge over Squaw Creek in 1918. The "permanent" concrete bridge had collapsed following the flood of 1918 and this narrow bridge served until a new bridge could be constructed to replace the concrete one that had fallen into the creek. Notice that an autombile has veered off the bridge--probably the driver had approached the bridge at too high a speed and had lost control. The process of replacing the concrete bridge took over a year because of disagreement about who should pay for the replacement--the state, the county or the city. The Iowa Highway Commission was not as highly organized in 1918 as it is today [2004]. It was not until 1921 that the new bridge was open for use; and, as it turned out all three governmental agencies helped pay for its construction.
Citation: 112.615.2
Year: 1918
Categories: Transportation, Misc., Places/Buildings, Parks & Nature
Tags: AUTOMOBILES, HIGHWAY COMMISSION, IOWA, SQUAW CREEK BRIDGE, FLOODS, BRIDGES, SQUAW CREEK
< Back to Search