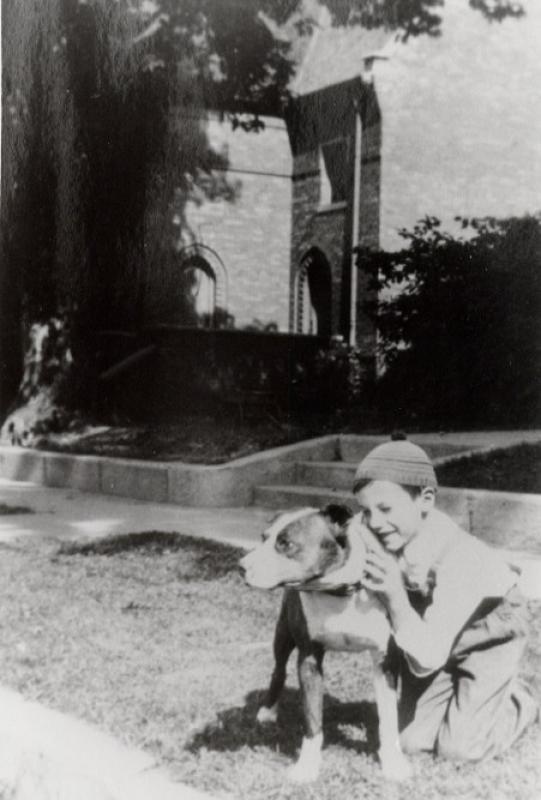 Robert Hawley, son of Rev. Henry K. and Elizabeth Hawley, and his pet dog pose in front the parsonage which stood next to the First Congregational Church on Sixth Street before the church was expanded and the parsonage was moved one block to the north on Seventh Street. This photograph shows the north side of Sixth Street before it was regraded. After the regrading the land in front of the church was considerably higher than the street.
Citation: 121.665.4
Year: 1918 (approx.)
Categories: Churches, Places/Buildings, People
Tags: CHURCHES, PARSONAGES, SIXTH STREET, HAWLEY, ROBERT, CONGREGATIONAL CHURCHES, DOGS
< Back to Search