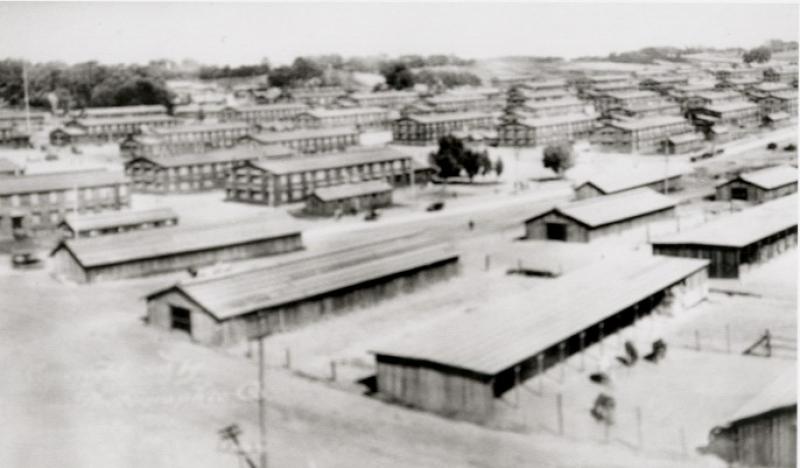 A segment of a panoramic of Camp Dodge showing the many barracks in the camp. Farwell Brown remembers taking a Sunday drive when he was around eight years old with two carloads of his extended family to see the camp. His prevailing memory was how dusty the roads were--those leading to the installation and those in the camp. Camp Dodge was often a destination for recreational drives in central Iowa during the camp's active days during World War I. Farwell Brown also remembers that two African-Americans were rounded up by a mob in camp and hanged, without benefit of a trial, for supposedly raping a woman who resided in the area.
Citation: 220.1258.2
Year: 1918 (approx.)
Categories: Places/Buildings, Wars & Military
Tags: CAMP DODGE (MILITARY INSTALLATION), WORLD WAR I, RACISM
< Back to Search