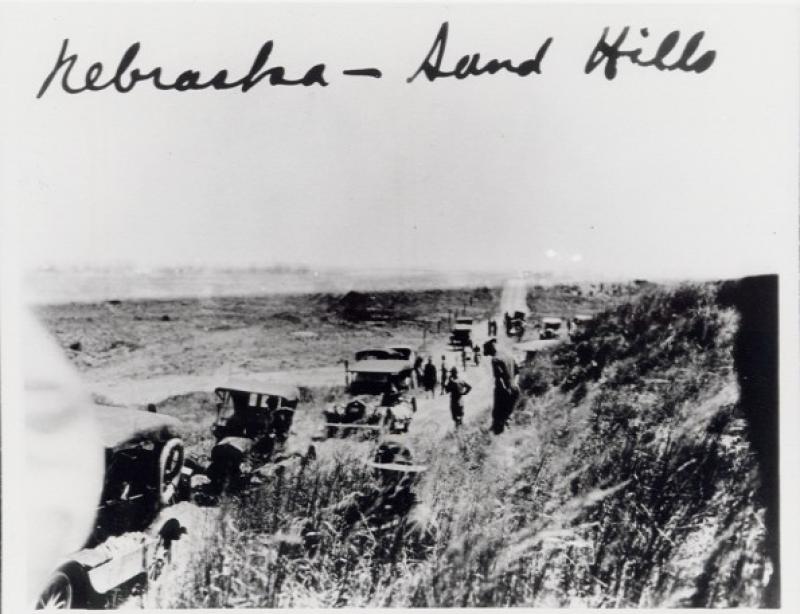 The military convoy as it appeared in the Sand Hills area of Nebraska during U.S. Army-trek, at the end of World War I, acorss the United States (from east to west) on the Lincoln Highway. Future president Dwight D. Eisenhower, then a young army officer, was one of those leading the exercise. The purpose of the convoy was to prove the maneuverability of military equipment while on the move and to demonstrate the need for improved roads across the nation. As the convoy moved across the country, a number of bridges had to be rebuilt to accommodate all the vehicles. The convoy passed through the Ames-Boone area on July 25, 1919. (Photo is courtesy of the Mamie Eisenhower Birthplace collection, Boone, Iowa.)
Citation: 129.707.2
Year: 1919
Categories: People, Transportation, Misc., Wars & Military
Tags: EISENHOWER, DWIGHT DAVID, AUTOMOBILES, LINCOLN HIGHWAY, WORLD WAR I, U.S. ARMY
< Back to Search