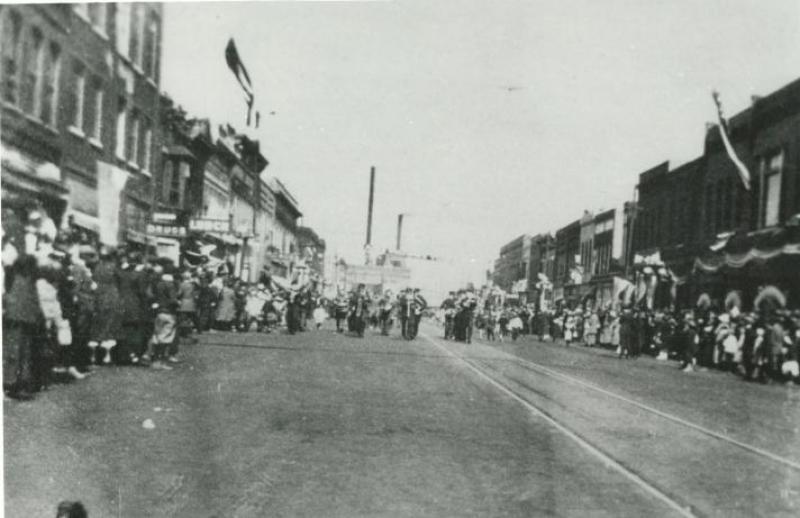 A band leads a parade down Main Street of returning soldiers from World War I, on May 21, 1919. The parade is coming from the east--smoke stacks from power plant can be seen in the center distance. The band is followed by soldiers from WW I's Rainbow Division and then by veterans from the Spanish American War. The Odd Fellows (later, the American Legion) building can be seen on the left.
Citation: 136.751.1-3
Year: 1919
Categories: Wars & Military, Events, Downtown/Main St.
Tags: WORLD WAR I, PARADES, MAIN STREET
< Back to Search