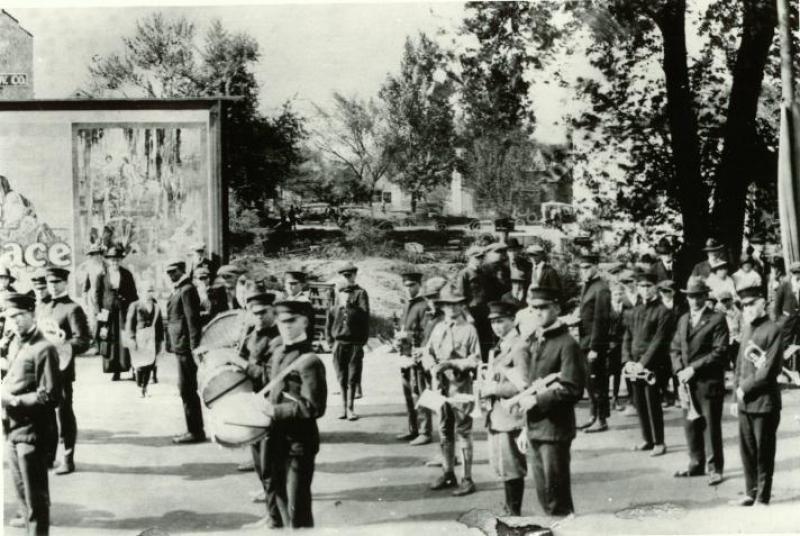 A segment of the panorama of the World War I parade (May 20, 1919) showing a portion of the band at the head of the parade, at Main and Burnett. Notice the lack of buildings on the north side of Main. The photo shows the east edge of the building later converted to the one-storey building on the northeast corner of Burnett and Main. Fifth Street is visible in the center of the photo. It is lined with cars and showing a residence (no commercial buildings on Fifth Street at this time). (See also: 111.613.4)
Citation: 35.178A.3
Year: 1919
Categories: Places/Buildings, Wars & Military, Events, Downtown/Main St.
Tags: BURNETT AVENUE, WORLD WAR I, PARADES, FIFTH STREET, MAIN STREET
< Back to Search