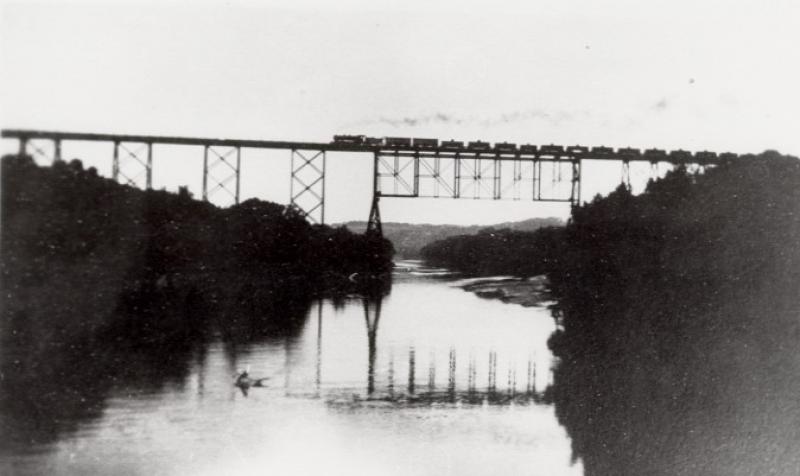 The Chicago & North Western Railroad's high bridge over the Des Moines River near Boone, Iowa, looking north down the river with a west-bound train about halfway across the bridge. Built in 1900/01, it was first put into operation in 1901. This bridge is still recognized as the longest and highest two-track railroad bridge in the world. (There are longer and higher single-track bridges.) Only one train at a time is allowed to cross the bridge. The use of this bridge shortened considerably the distance of the former route and saved on the amount of fuel that had been consumed by trains traveling up and down the nearby hills. During World War II, the high bridge was under heavy military guard since there was some fear that it would be a target of enemy bombing.
Citation: 104.570.4
Year: 1920 (approx.)
Categories: Parks & Nature, Places/Buildings, Transportation, Misc.
Tags: RIVERS, BOONE (IOWA), CHICAGO & NORTH WESTERN RAILROAD, BRIDGES, RAILROAD, DES MOINES RIVER
< Back to Search