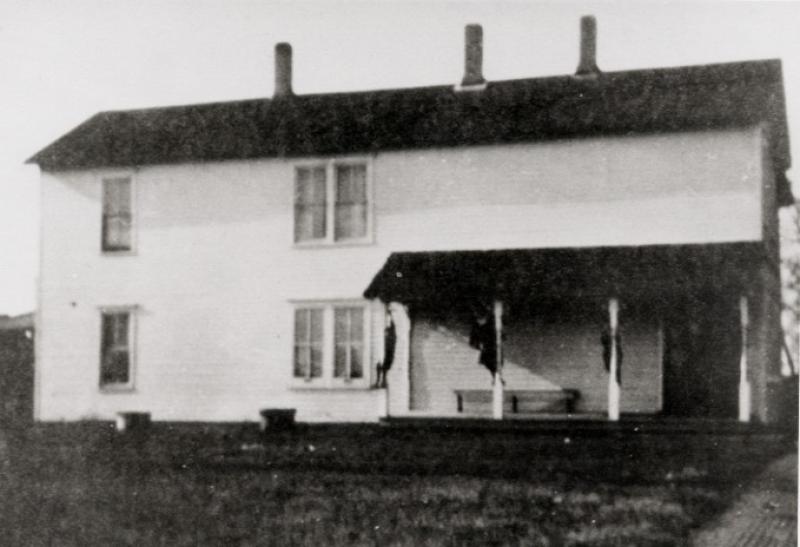 The Lee Hotel in Slater (Iowa). When the Milwaukee Railroad was constructed along the south side of Story County, its main line was placed one mile north of Sheldahl. While Sheldahl always had the Chicago & North Western line that ran north from Des Moines, the heavier traffic on the Milwaukee line created the new town of Slater. Business firms moved from Sheldahl to Slater, and it was Slater that grew to be a sizable town. The Lee Hotel was moved from Sheldahl to Slater at the crossroads of the two railroad lines. The hotel was owned and operated by John and Jenny Lee for a number of years. With fifteeen guest rooms on the second floor and four or five on the first floor, the hotel also had a comfortable lobby and dining facility.
Citation: 191.1085.2-5
Year: 1920 (approx.)
Categories: Transportation, Places/Buildings, Businesses, Misc.
Tags: RAILROADS, SLATER (IOWA), LEE HOTEL, CHICAGO & NORTH WESTERN RAILROAD, HOTELS, SHELDAHL (IOWA), MILWAUKEE ROAD
< Back to Search