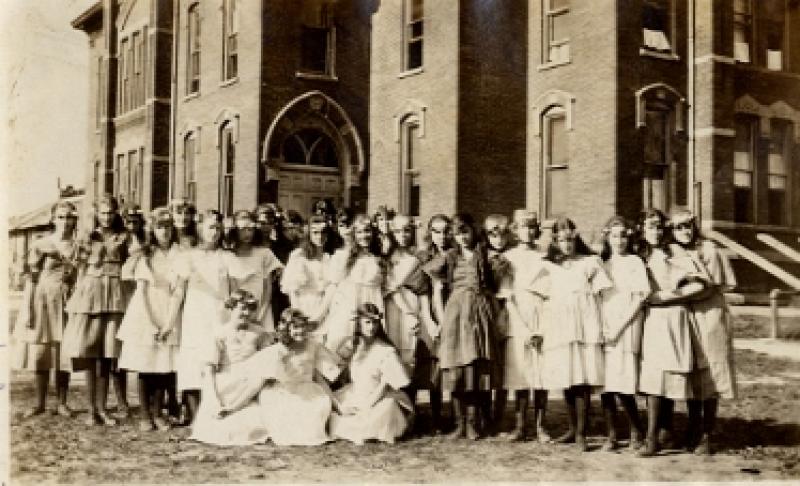 Central School's 8th-grade girls participated in a May Day celebration on the school grounds in about 1921. The picture was taken on the west side of the school building, which was located on the corner of Sixth Street & Clark Avenue. Central was phased in as a three-year junior high school in 1923. This building was later razed and replaced by Ames High School in 1937 and that building, since a massive restoration in 1990, has functioned as the Ames City Hall.
Citation: 157.870.2-4
Year: 1921 (approx.)
Categories: Schools, Places/Buildings, Events
Tags: SCHOOLS, CENTRAL SCHOOL, SIXTH STREET, CLARK AVENUE, MAY DAY FESTIVAL
< Back to Search