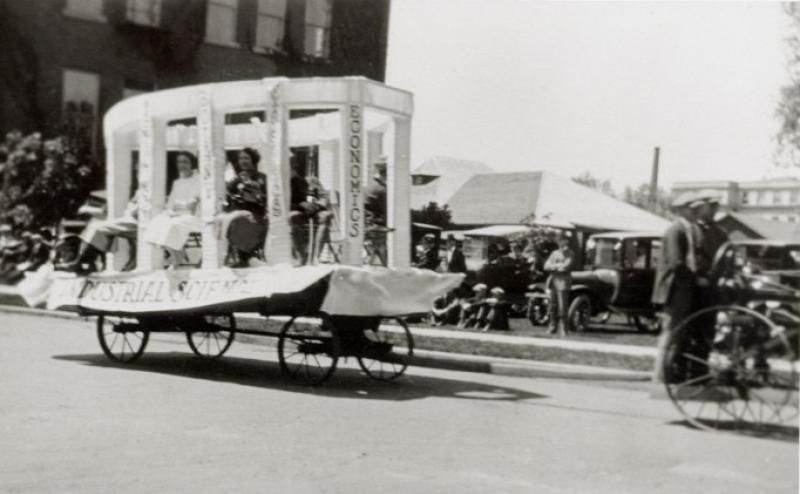 The Industrial Science float in the 1922 VEISHEA parade. The float is just passing Morrill Hall which can be seen in the upper left portion of the photo. Engineering (Marston) Hall and the Marston water tower can be seen in the center right of the photo. The Industrial Science Department was the precursor to Liberal Arts Department which eventually became part of the College of the Liberal Arts and Sciences. Parade watchers are shown seated on the ground or standing next to the road with their automobiles parked behind.
Citation: 204.1154.2-5
Year: 1922
Categories: ISU / ISC, Events
Tags: ENGINEERING HALL, ISC, VEISHEA, MARSTON WATER TOWER, MORRILL HALL, ISC, IOWA STATE COLLEGE, INDUSTRIAL SCIENCE DEPARTMENT, ISC, MARSTON HALL, ISC, PARADES
< Back to Search