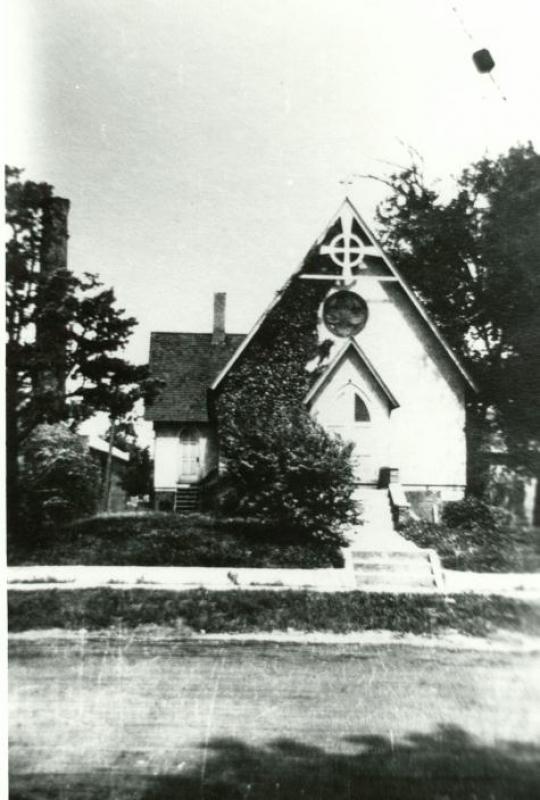 The Episcopal church located on north side of Fifth Street between Burnett and Clark. Photo taken some time after 1912 (to the left behind trees the smoke stack of the Ames High School, built in 1912 is visible). The church was made into two small residences which are now (1991) located at 320 and 324 East Sixth Street. They are still recognizable as the church because of the steep pitch of their roofs and the presence of oddly shaped windows in the west residence (320). The Episcopalians built their new church on the corner of Lincoln Way and Stanton in 1929. (See also: 103.560.1)
Citation: 52.262.3-4
Year: 1922 (approx.)
Categories: Churches, Places/Buildings
Tags: CHURCHES, EPISCOPAL CHURCHES, ST. JOHN'S EPISCOPAL CHURCH, FIFTH STREET
< Back to Search