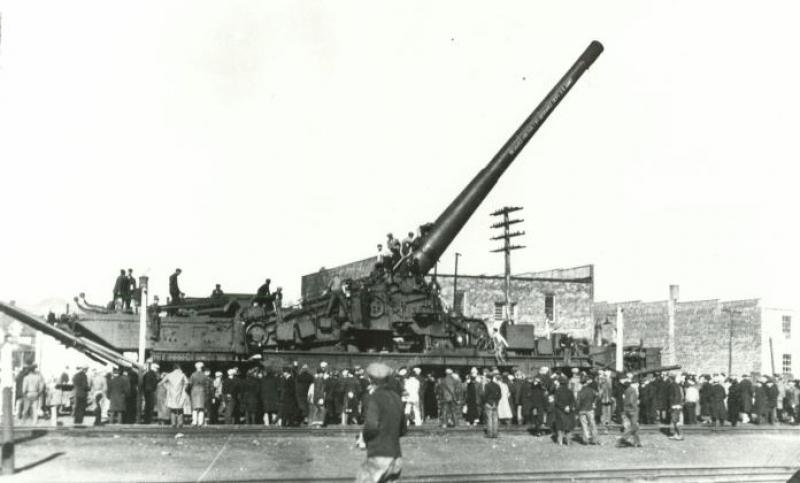 In about 1924, the U. S. Army put this big gun from World War I on tour. This cannon had a fourteen inch barrel, fired a 1,660-lb. projectile a little over ten miles. It was developed at the arsenal in Watervliet, New York, in about 1913. The weapon was placed on the siding near the present (1991) Clark Avenue railroad crossing. It was viewed here for several days by local citizens and ISC students.
Citation: 63.322.2
Year: 1924 (approx.)
Categories: Wars & Military, Places/Buildings
Tags: WORLD WAR I, CANNONS, ARTILLERY, WORLD WAR I, CLARK AVENUE
< Back to Search