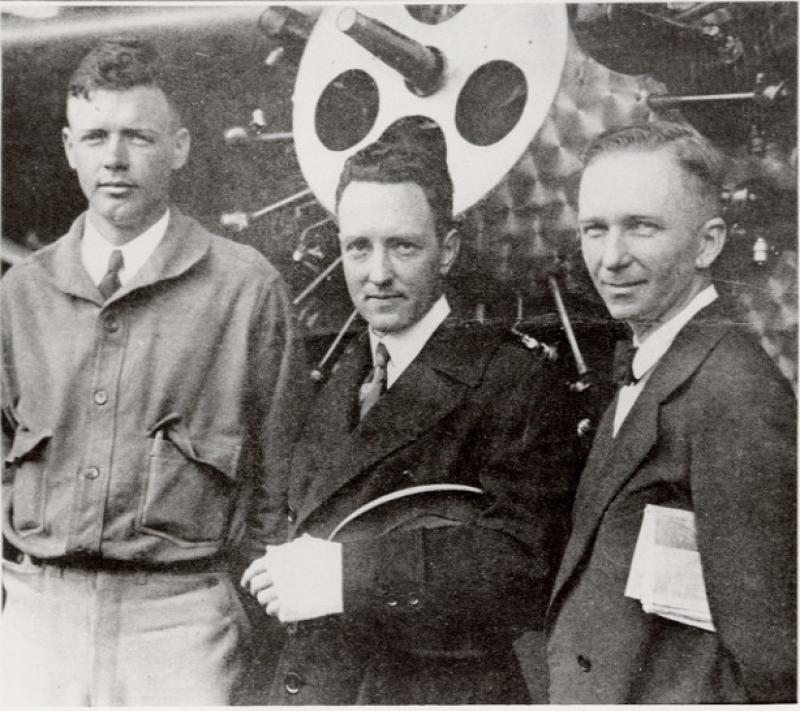 Charles A. Lindbergh (left), Richard Byrd (center) and Clarence D. Chamberlin (right), on the cover of the August 11, 1927 "Youths Companion" magazine, were the three pilots who contended for the honor of being the first to fly across the Atlantic Ocean. Flying solo, Lindbergh, on May 20, 1927, became the first to make that flight. Clarence Chamberlin, a former Iowa State College engineering student, on June 5, became the second. He also had the honor of being the first pilot to carry a passenger across the Atlantic. August 26, 1927, was designated "Chamberlin Day" in Ames when Clarence Chamberlin was awarded special engineering honors during the ISC commencement. For more information, see: "Second To Fly the Atlantic," chapter 23 (pp. 85-86) in "Ames in Word and Picture: From Marsh to Modern City," by Farwell T. Brown, 1993. (See also: 144.793.5-6)
Citation: 144.793.3-4
Year: 1927
Categories: Misc., People
Tags: PILOTS, CHAMBERLIN, CLARENCE, BYRD, RICHARD, LINDBERGH, CHARLES
< Back to Search