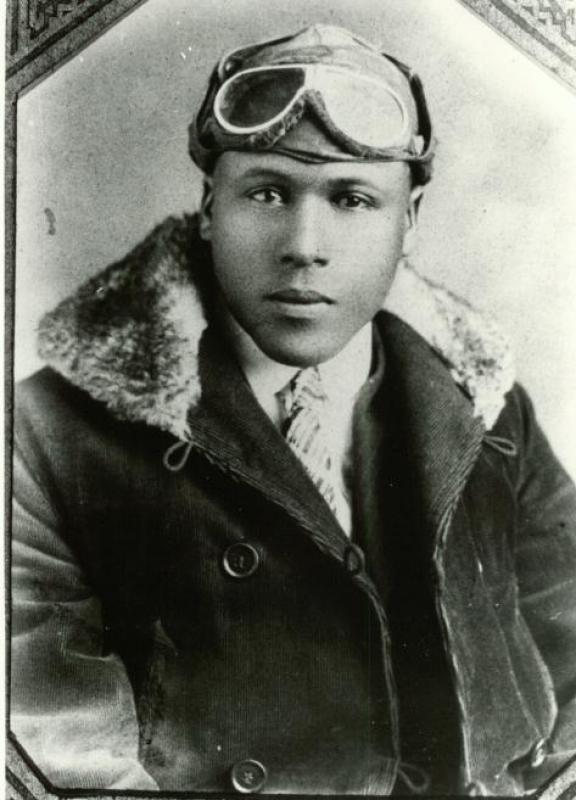 J. Herman Banning was born in 1899 in Oklahoma, the son of Riley and Cora Banning. The family moved to Ames in 1919, where Herman studied electrical engineering at Iowa State College for a little more than a year after which he "became air-minded." He learned to fly at Raymond Fisher's Flying Field in Des Moines and became the first black aviator to obtain a license from the U. S. Dept. of Commerce. Banning operated the J. H. Banning Auto Repair Shop in Ames from 1922 to 1928 (first, at 909 West Second Street, then at 912 Fourth Street). He left Ames to live in Los Angeles in 1929 where he was the chief pilot for the Bessie Coleman Aero Club, named after a pioneer black woman flyer. (Courtesy of Philip Hart[grandnephew of J. Herman Banning], University of Massachusetts)
Citation: 71.364A.3
Year: 1927 (approx.)
Categories: People, Misc.
Tags: BLACK RESIDENTS OF AMES, PILOTS, BANNING, J. HERMAN
< Back to Search